I grew up listening to this crap stuff thanks to my parents.  It was the only January reference that I could remember! Sorry no video link as I can't find one!  Probably for the best! 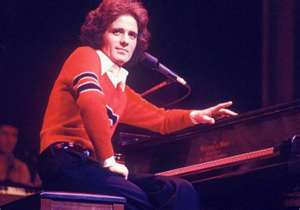 So it's Tuesday 31st of January - the last day of my very first Janathon!   It's been very cold today and there was even talk of snow - luckily not in Newhaven just sky that looked like it could have at any minute.  Tonight was supposed to be a run with Sue, unfortunately she cancelled when I got back from walking the dog.  Luckily I'd already put my running kit on under my other clothes.


Dogwalk 6.2k in 1 hr 27 mins (lots of runners, dog walkers & cyclists - Archie told     everyone that it was his last walk of Janathon including the lorry drivers in the big lorry!)
Run  5.7k in 43 mins (didn't see any other runners out)
What have I learnt during this challenge?

This time last year I think I'd probably done one 5k run/walk - but more likely none.  I think I've run more in January than I did the first 3 months of 2011!  I'd never run in the dark, always dodged running in the rain and certainly never written a blog!

I have thoroughly enjoyed Janathon, the support of fellow participants has been awesome and I will be eternally grateful for all the kind comments left on my blog & Facebook, and support provided by my new Twitfam.   It has also made the long winter evenings enjoyable reading everyone's efforts.


Hubby has been brilliant although there were times when I think he would have rather not had me dashing out the door or up into the attic to complete my exercise.   My daughter says I take running far too seriously - maybe I do but I always hate myself if I don't give it 100%.  Even on the Race for Life & Santa Fun Run last year I wore my Garmin!


I've always been envious of my brother's running ability and he was my true inspiration, without him I would probably wouldn't have started on my running journey!  Whenever I'm sitting in the car or on a bus and I see a runner I'm always jealous that they're out running and I'm not - how weird is that?

My last thank you goes to Archie, my faithful furry companion who not only has accompanied me on 49 hours and 114 miles of walks, has had to put up with me making up ball games for him to join in and a little dogjog training.


Going forward I already have a 10k event booked for August.   I will probably do a Race for Life 5k (which probably won't be 5k because they're not measured properly and are supposed to be for fun), the RISE Undercliff 8k in the autumn and hopefully repeat the Brooks Brighton 10k.   I'm hoping to get another event in between now and the R4L so the search is on.    I'd also like to take part in a Park Run.  There are two "locally" Hove & Eastbourne.  Neither are particularly local so getting there for a 9am start will be a challenge in itself!


I'd also like to take part in Juneathon - maybe I'll be able to get up earlier and do my run before work - that'd be a first.


Who on earth would have thought I'd acheive so much in 31 days - certainly not me!