To celebrate Shaun's birthday we went to Belfast to watch the start of the Giro d'Italia.   A chance to have a long weekend away and enjoy some cycling.  I'll try not to make this account to long or like a photo album, we took a lot of photos that weekend so I've selected some favourites.

A couple of weeks previously I spent 4 hours waiting in a virtual queue to get tickets to the Team Presentation on the Thursday evening, we later found out that the wristbands had to be collected by 4pm on the day - our flight arrived at 3pm and we had to get from Belfast City Airport in time to pick them up!   Step forward my lovely Twitter follower @gingeref (Craig) who lives just outside Belfast and offered to pick up the wristbands during the preceding week and drop them off at our hotel - Madison's!   Sorted.

When we arrived at City Airport it soon became obvious that the people of Belfast were really supportive of the Giro starting in their city - just about everything was painted pink, wrapped in pink, posters everywhere and people walking around dressed in pink. 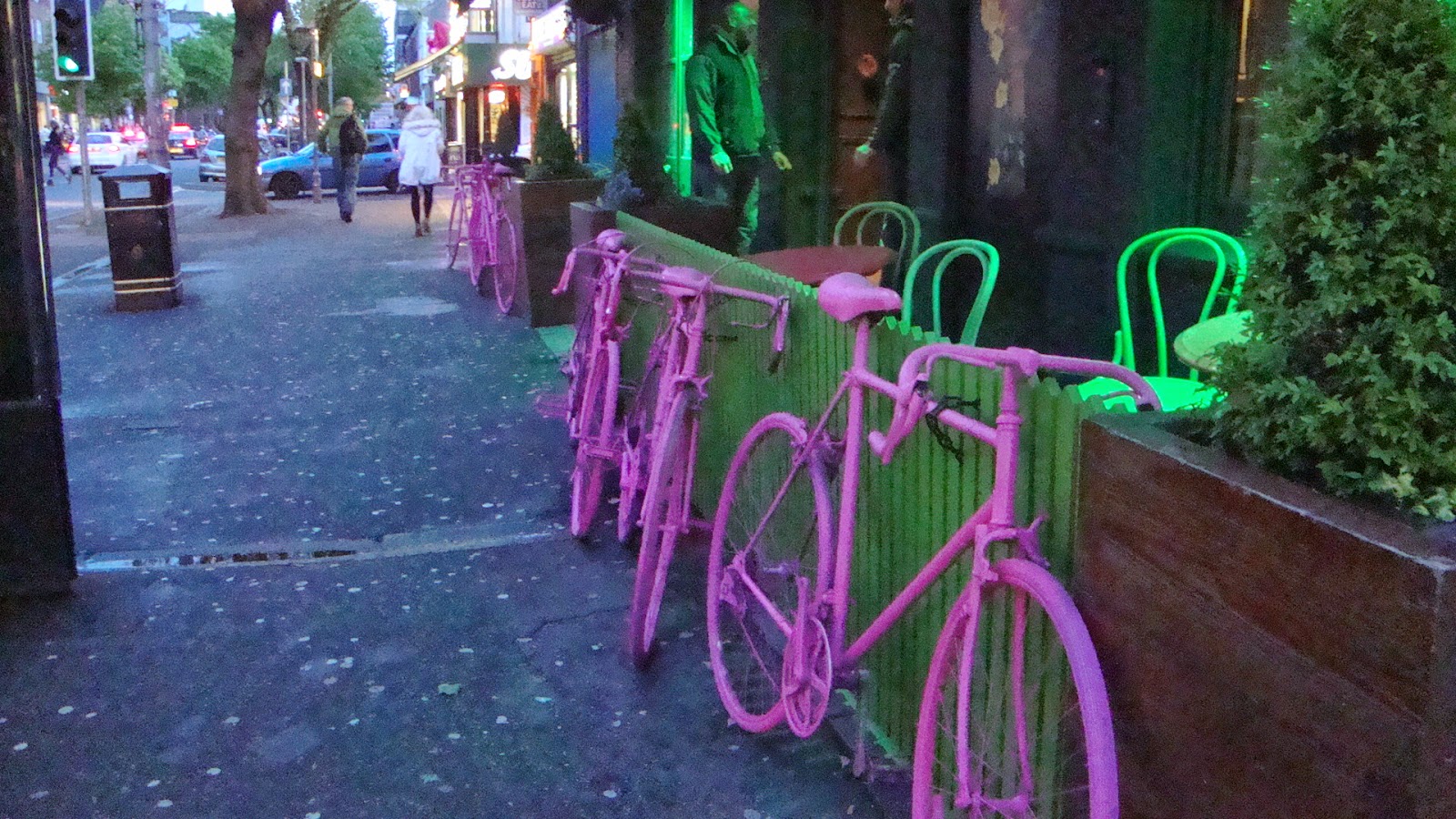 Our welcome was made complete when we arrived at the hotel and we were handed our pink wristbands to attend the evenings presentation at City Hall.

We found a good spot quite a way from the stage - being a short arse I need to be able to see over everyone else so there's no point in standing too close or in the masses.  First spot of the evening was a cycling hero - Stephen Roche, didn't manage to get a photo with him but did get his autograph on my pink Giro baseball cap!

Once the cyclists started to move up to the stage it was obvious that we weren't in a very good spot - Shaun went off to find somewhere better - leaving me in position just in case.  Within a couple of minutes he came back and dragged me round the corner where we had a much better view - the riders leaving City Hall for their walk to the stage!

On the Friday morning the cyclists were out on practice rides for the Team Time Trial taking place that evening.   A great opportunity for photos of the cyclists in action but going slow enough that they weren't a blur.  We did see all the teams go out and return more than once.  Also a great chance to walk down through the race village picking up freebies and rubbing shoulders with the cyclists when they returned to their team coaches. 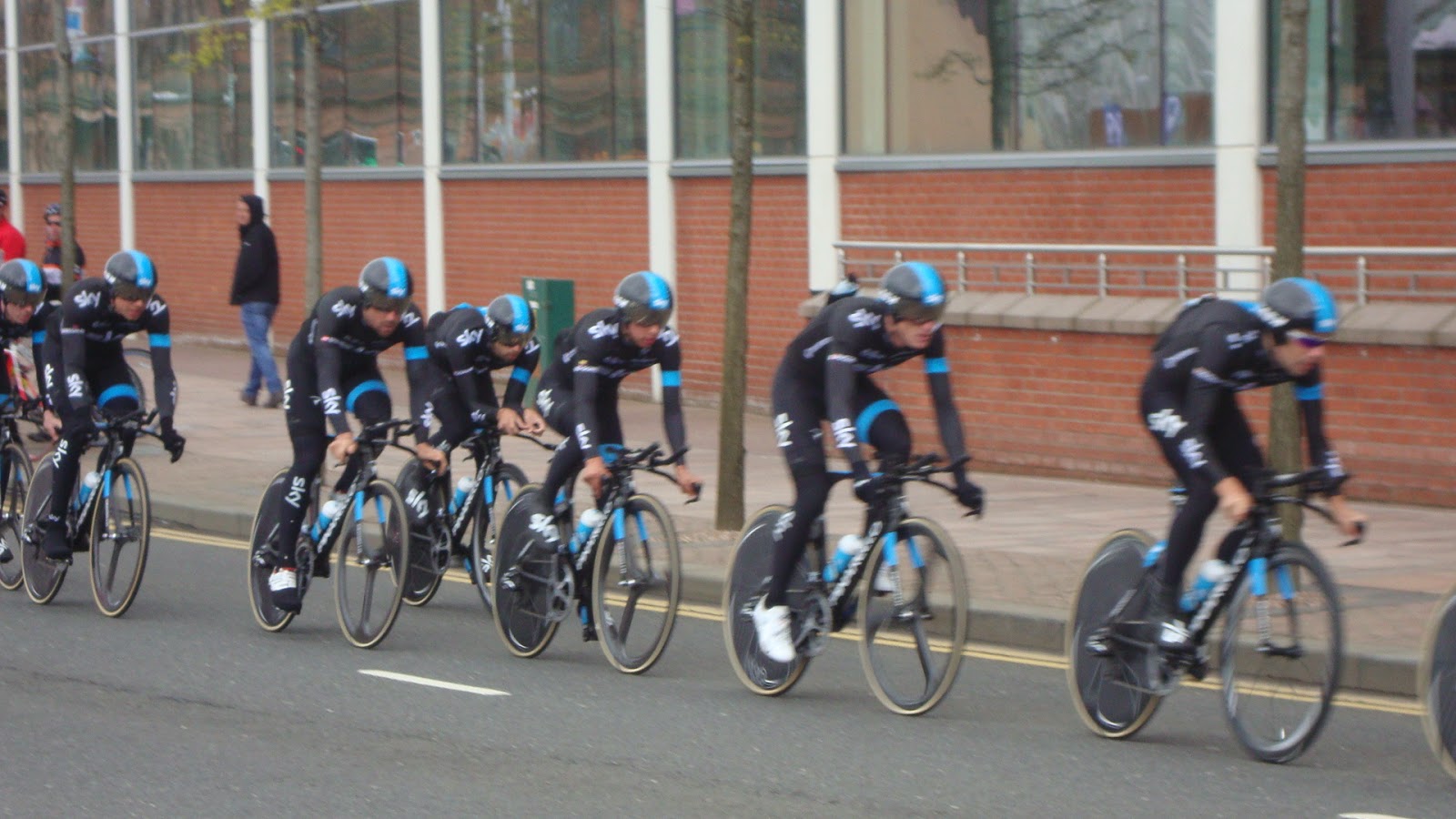 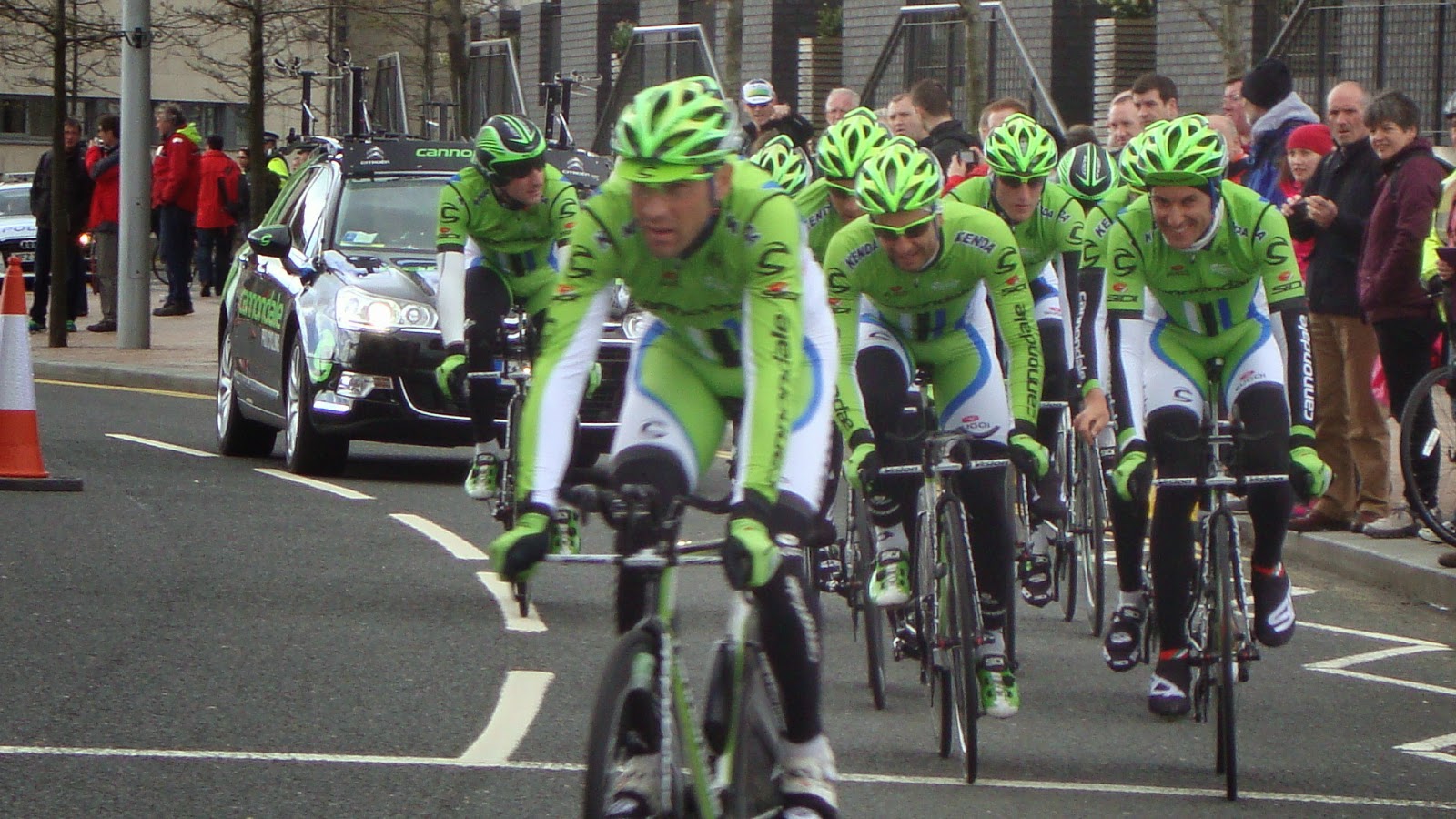 I also got a bit excited to bump into one of my favourite cycling commentators Matt Stephens ! 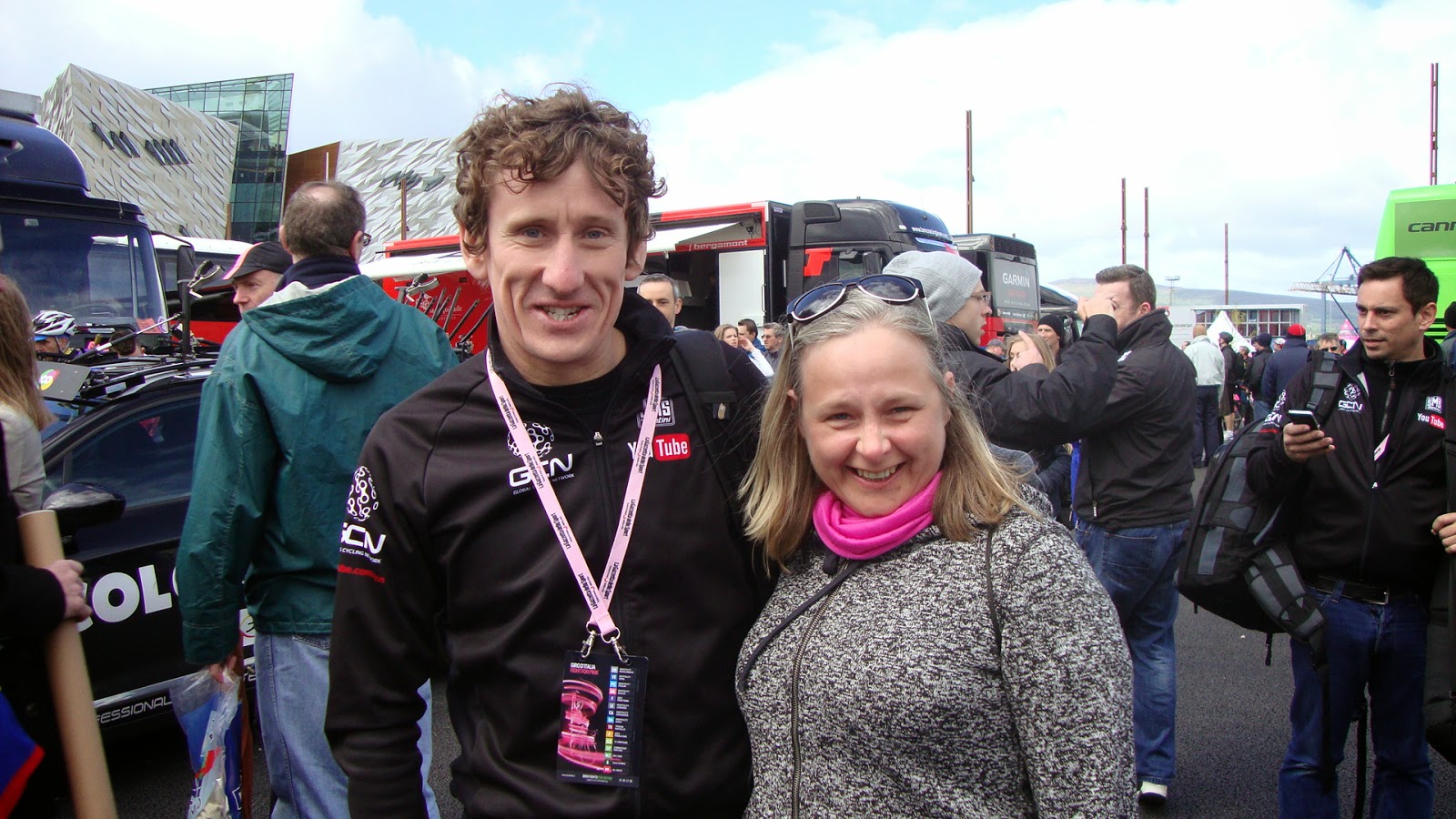 In true LilB tradition it was time to meet up with  Twitter friend and fellow cycling enthusiast, Nic and his wife Kate.   Having eventually caught up with them between a couple of team buses we headed out to get some lunch.   Nic suggested visiting a "cycling bistro" called Coppi named after a great Italian cyclist Fausto Coppi.  Whilst the food was great and a lovely bustling atmosphere we were disappointed that there wasn't any cycling memorabilia just a large picture of the man himself, and a van. 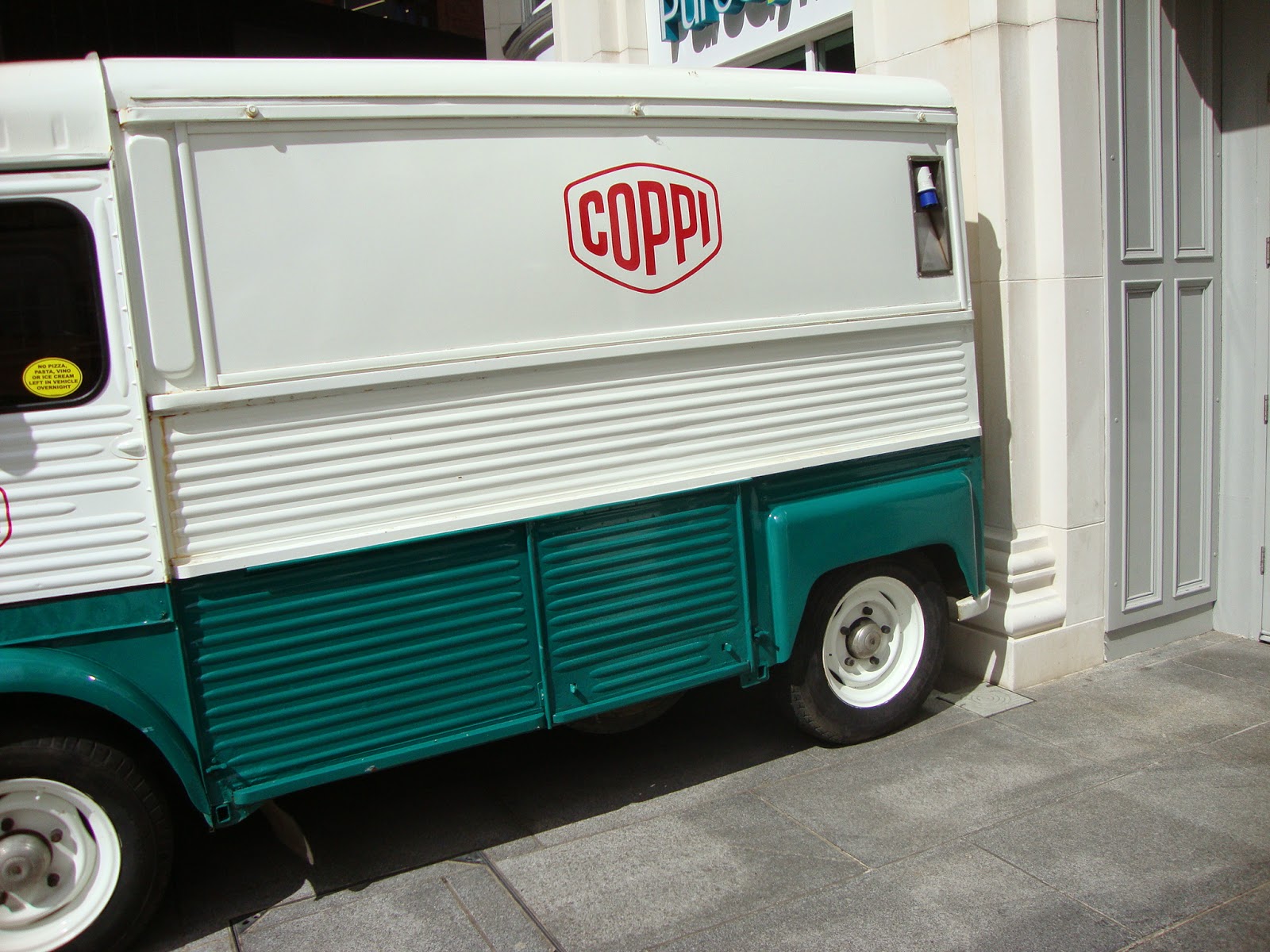 We said goodbye to Nic & Kate and headed out to the Ormeau Bridge where we'd decided to watch the evenings Team Time Trial.  We reached the bridge a bit early so decided to walk back down the road to a local pub to have a drink.   The locals were really getting into the spirit of things - some were dressed in pink, some wore pink wigs but all were having a great time - even though they had absolutely no idea what was about to happen or why!   We obviously stuck out like a sore thumb, it being a locals pub!   We soon got talking to everyone explaining why we were there and all about our interest in cycling, which of course led to explaining to them what they were about to experience.  Armed with noisy pink "clappers" we all stood on the roadside cheering and whooping each time as they cycled past.    I'm so glad we decided to stop at the Rose & Crown (or Rosie as we were told to call it) we made some great friends that evening.


I even got to meet up with the aforementioned Twitter friend Craig who made the journey to the pub especially to meet us.

As soon as the last team passed us we went inside and watched the finish on the TV and enjoyed some traditional entertainment. 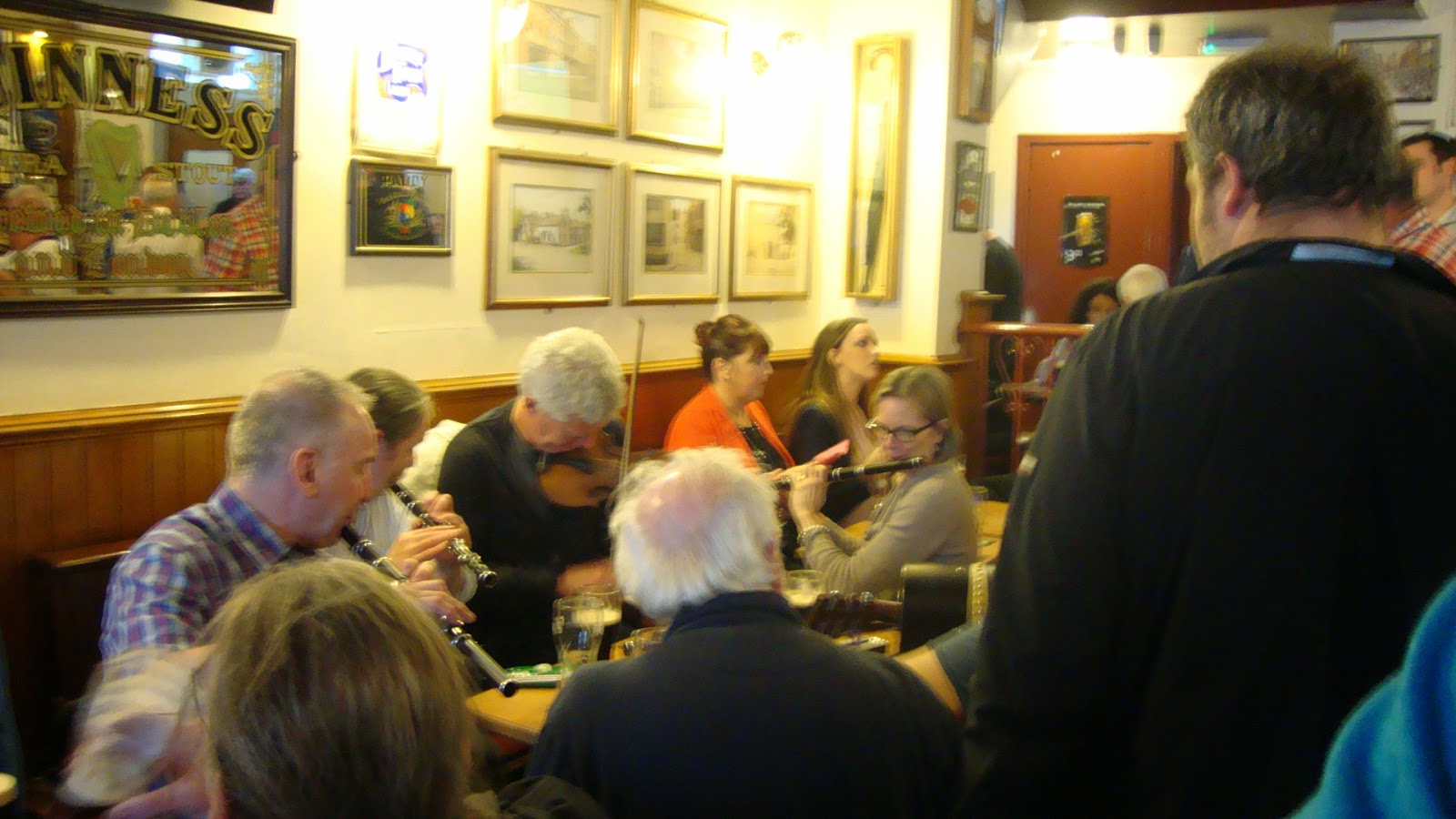 Having said goodbye to our new found Irish friends we walked back to the city centre with Craig for something to eat.   It was great to have some time to chat about cycling, running, Ireland and life in general.

Saturday morning saw the roll out for stage 2 - starting in the Titanic Quarter, travelling around the north coast and then finishing in the City Centre.   We decided to head to the Titanic Quarter and watch the start, a very relaxed affair for the cyclists preparing to leave, if a little wet.   Another great photo opportunity and a chance to walk around the team buses once again. 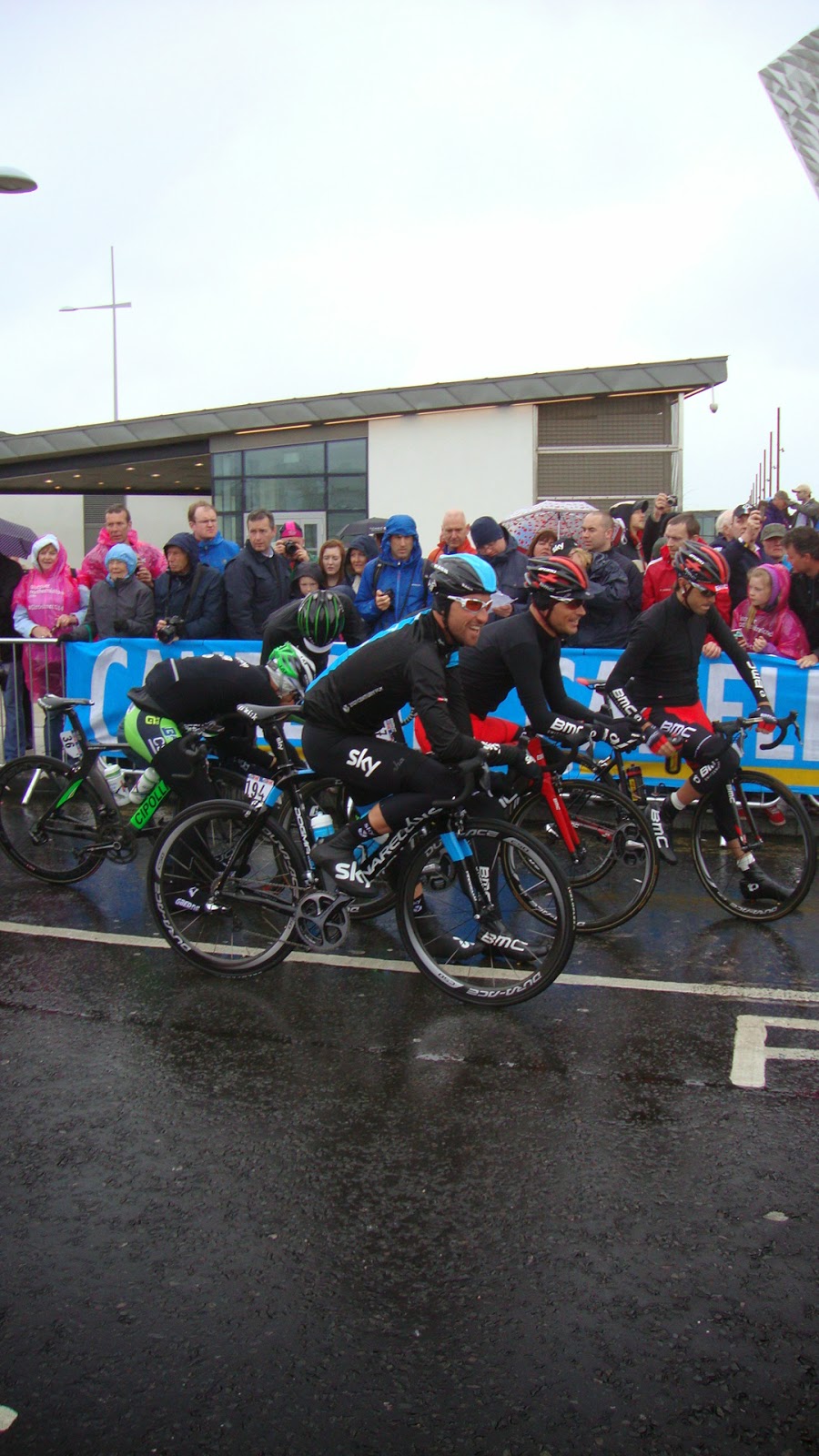 Once they'd left we went to the Titanic Experience - a massive building documenting the rise of shipbuilding in Belfast, the building of the Titanic and the Olympic and then stories of survivors from the sinking and the exploration of the seabed to find the wreck.   It was an amazing experience and well worth the 2-3 hours it took to walk round - at least we were in the dry! 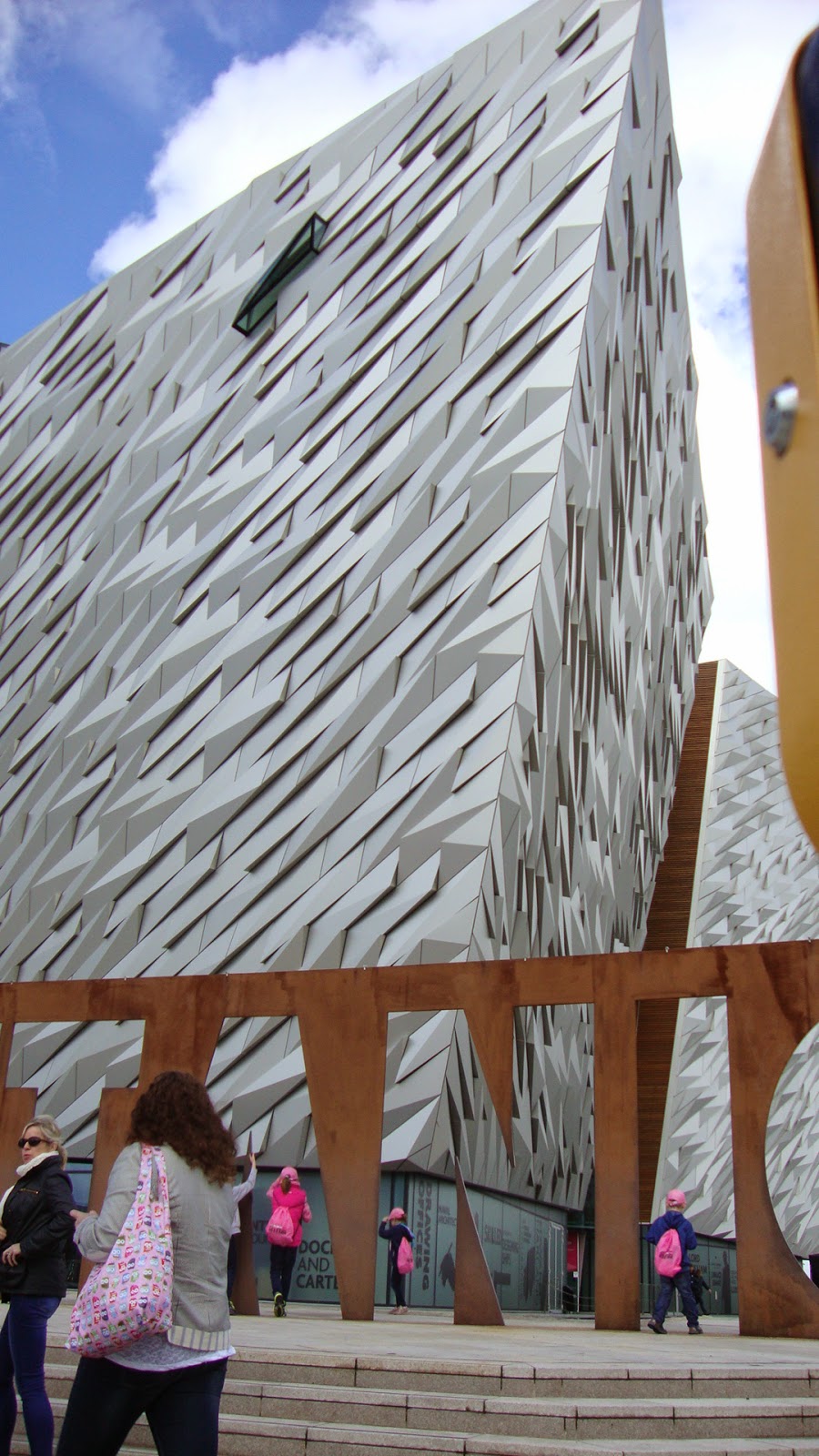 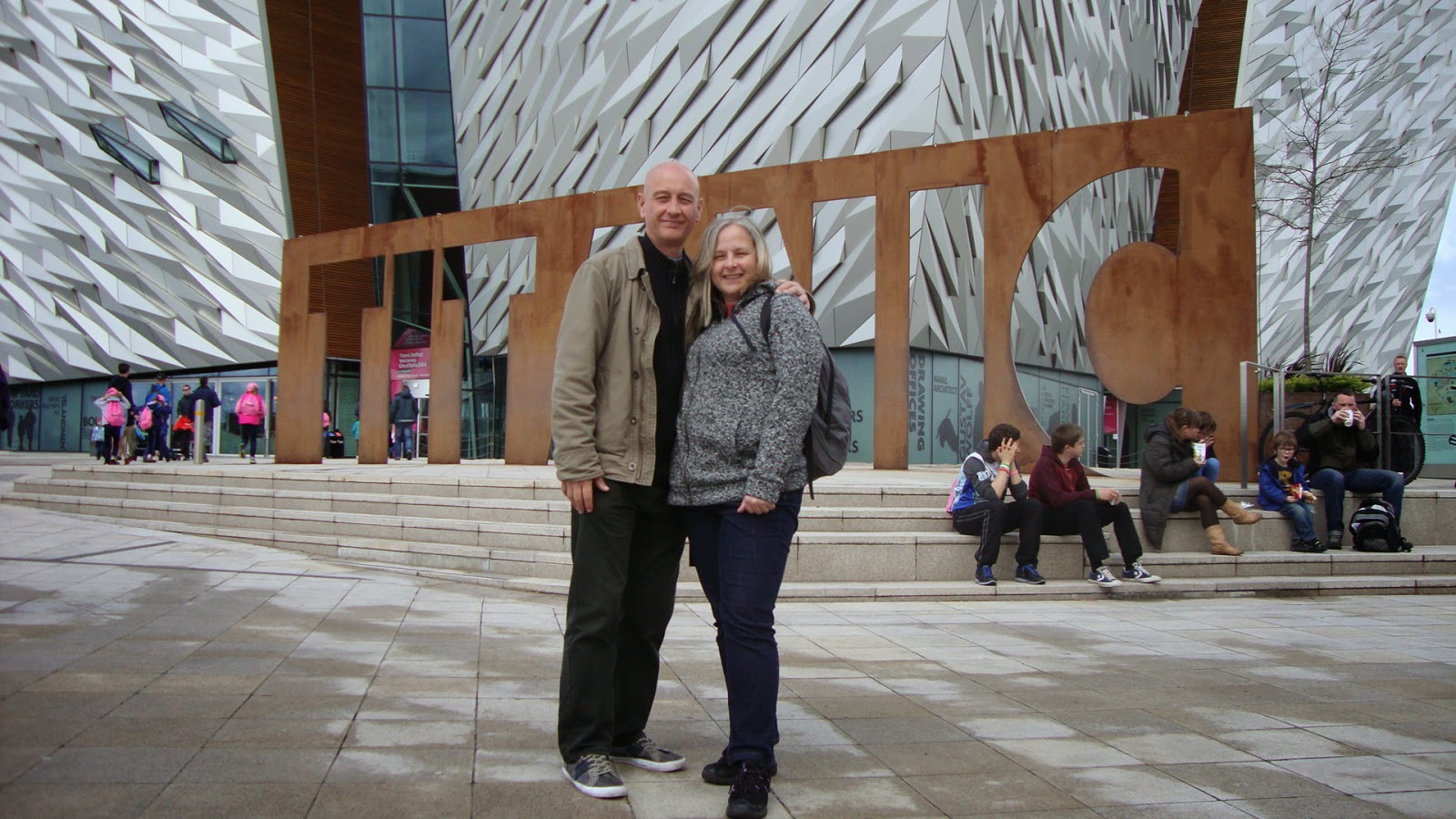 After lunch in one of the worst coffee houses we've ever experienced (even though we were warned by Nic and Kate not to go there and then totally forgetting) we walked to the finish line and found Nic, who had a great position at just after the 100m to go point.  The City Centre was packed, everyone trying to get a good view of the finishing straight.  The atmosphere was amazing. At 4pm the riders arrived in a sprint finish.
As soon as the race was finished we headed out to see if we could find somewhere to watch the presentation - we found a great spot at the back of the stage and watched the winners and leaders collect their jerseys.

That was the end of our cycling weekend - we left on the Sunday afternoon, having taken in St George's covered market and a bus tour of the City to see some of the famous sights including the Shankill Road, Falls Road, the Peace Wall, Crumlin Gaol and a lot of murals. 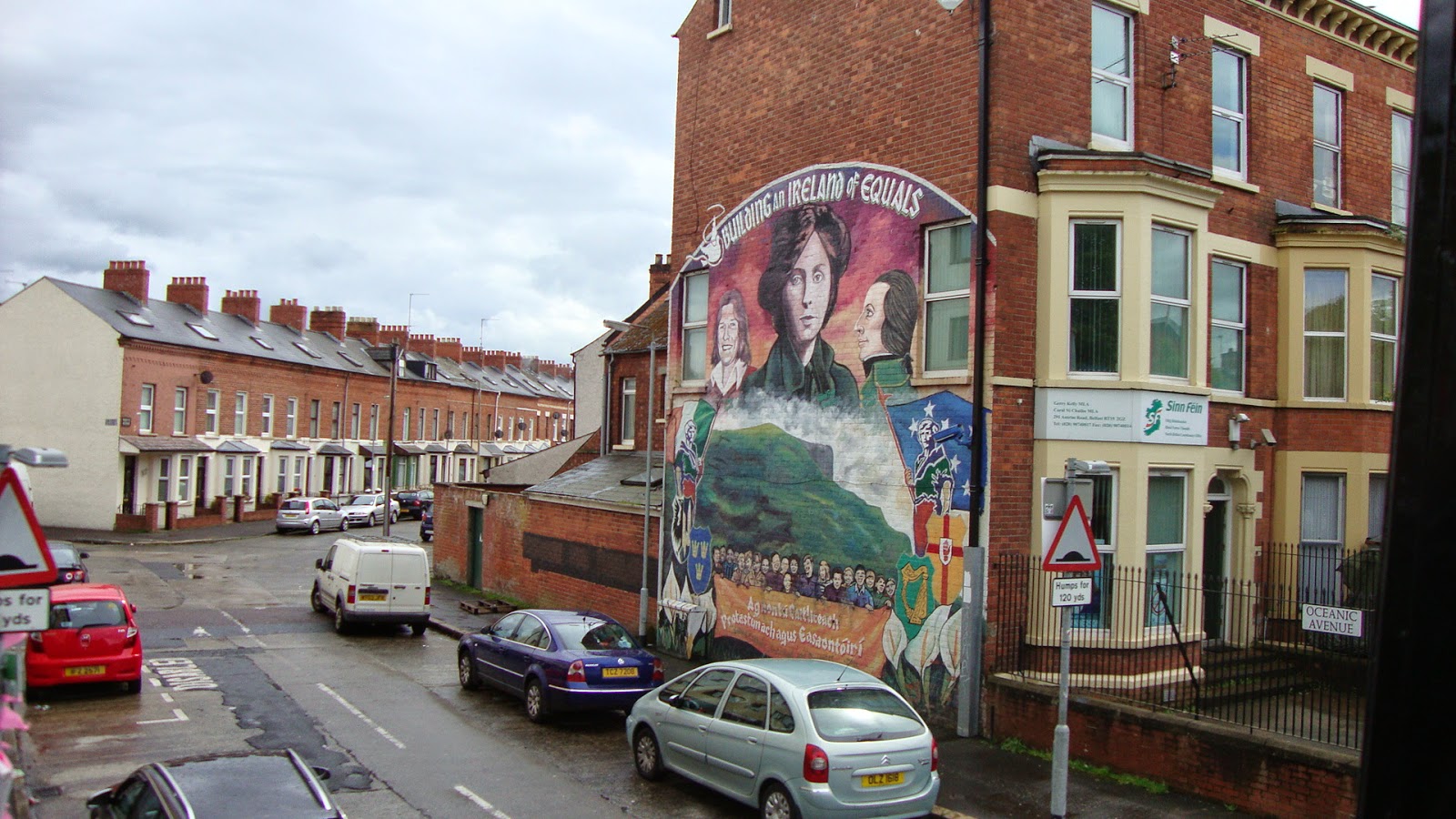 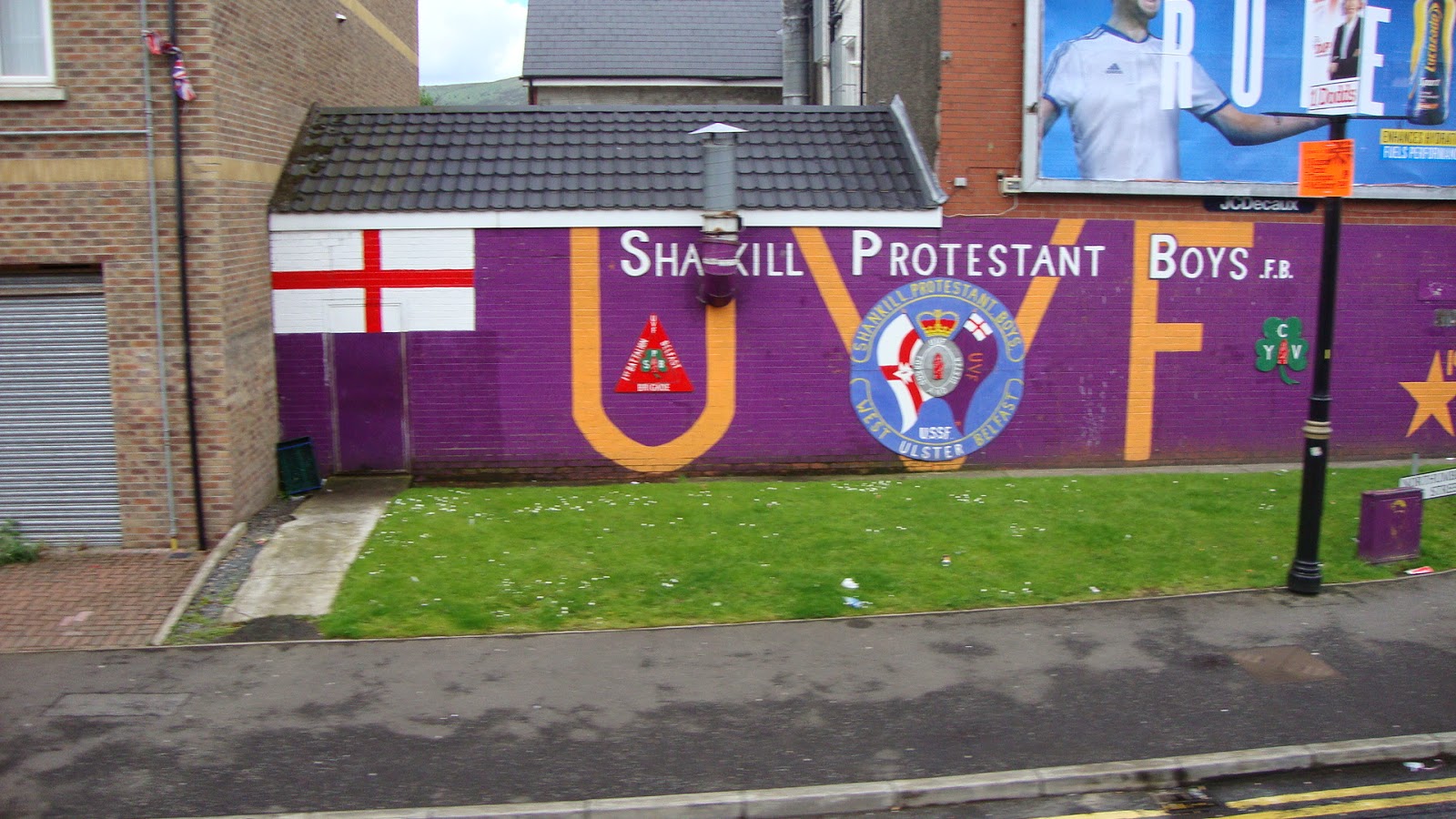 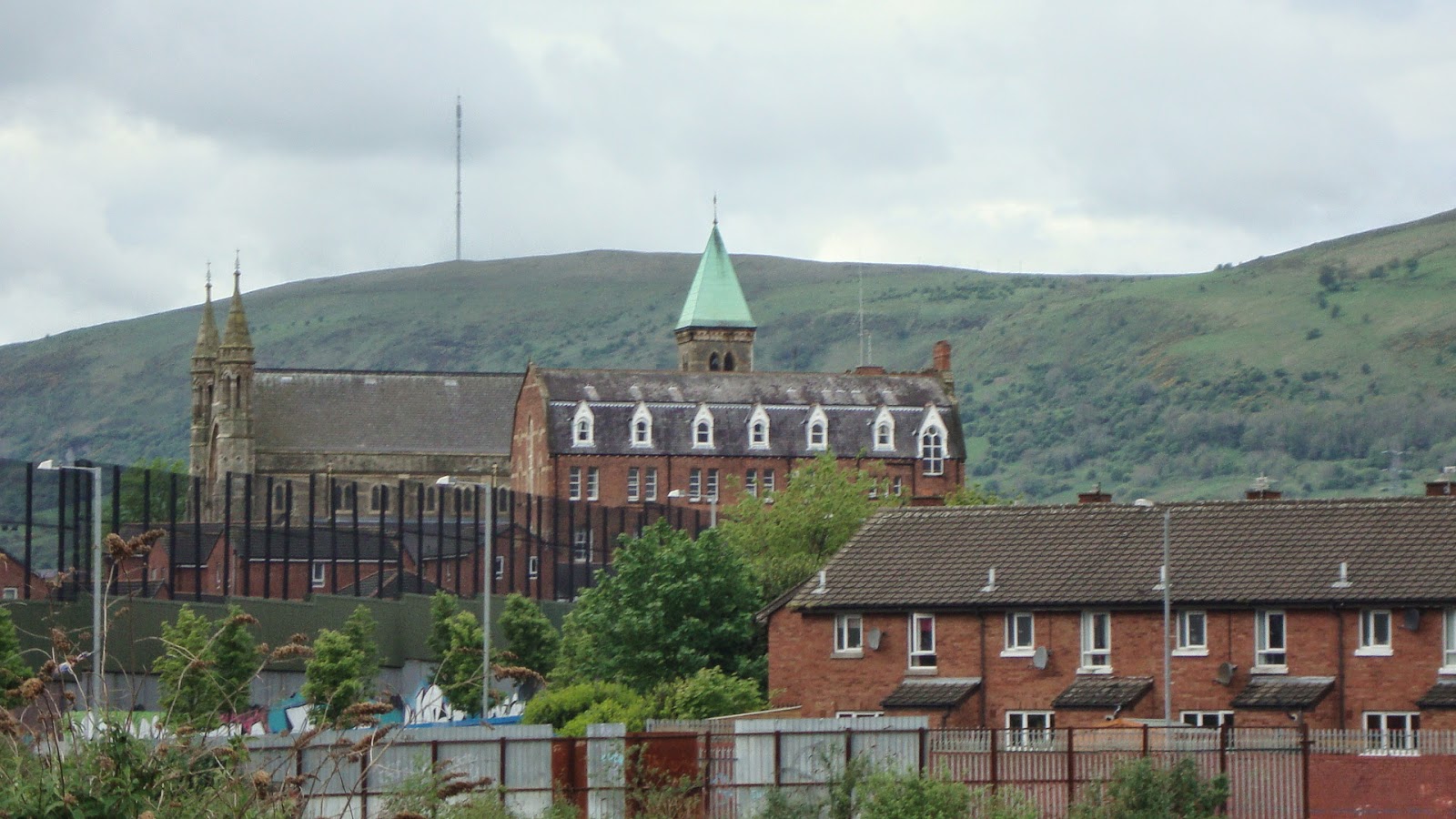 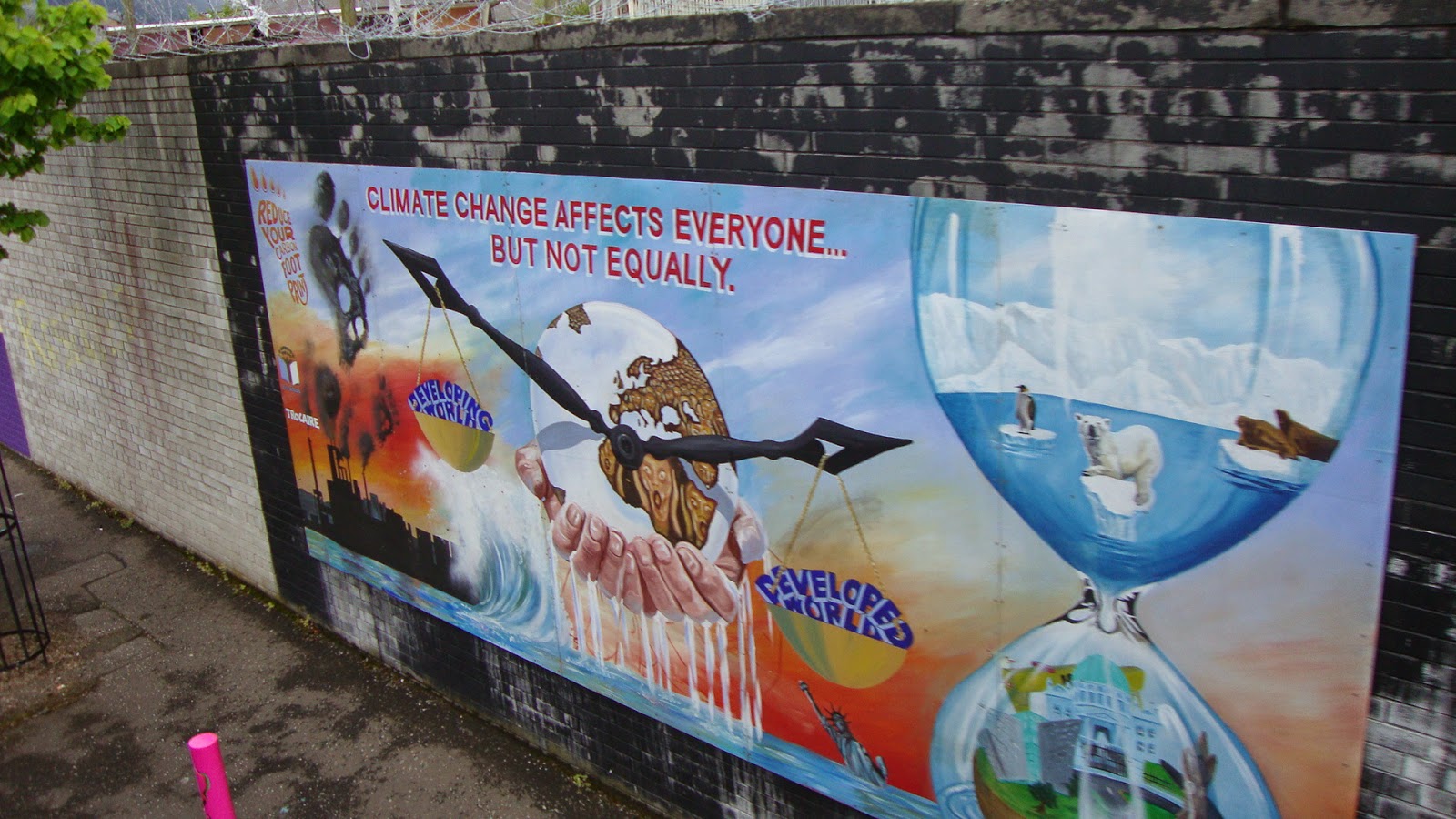 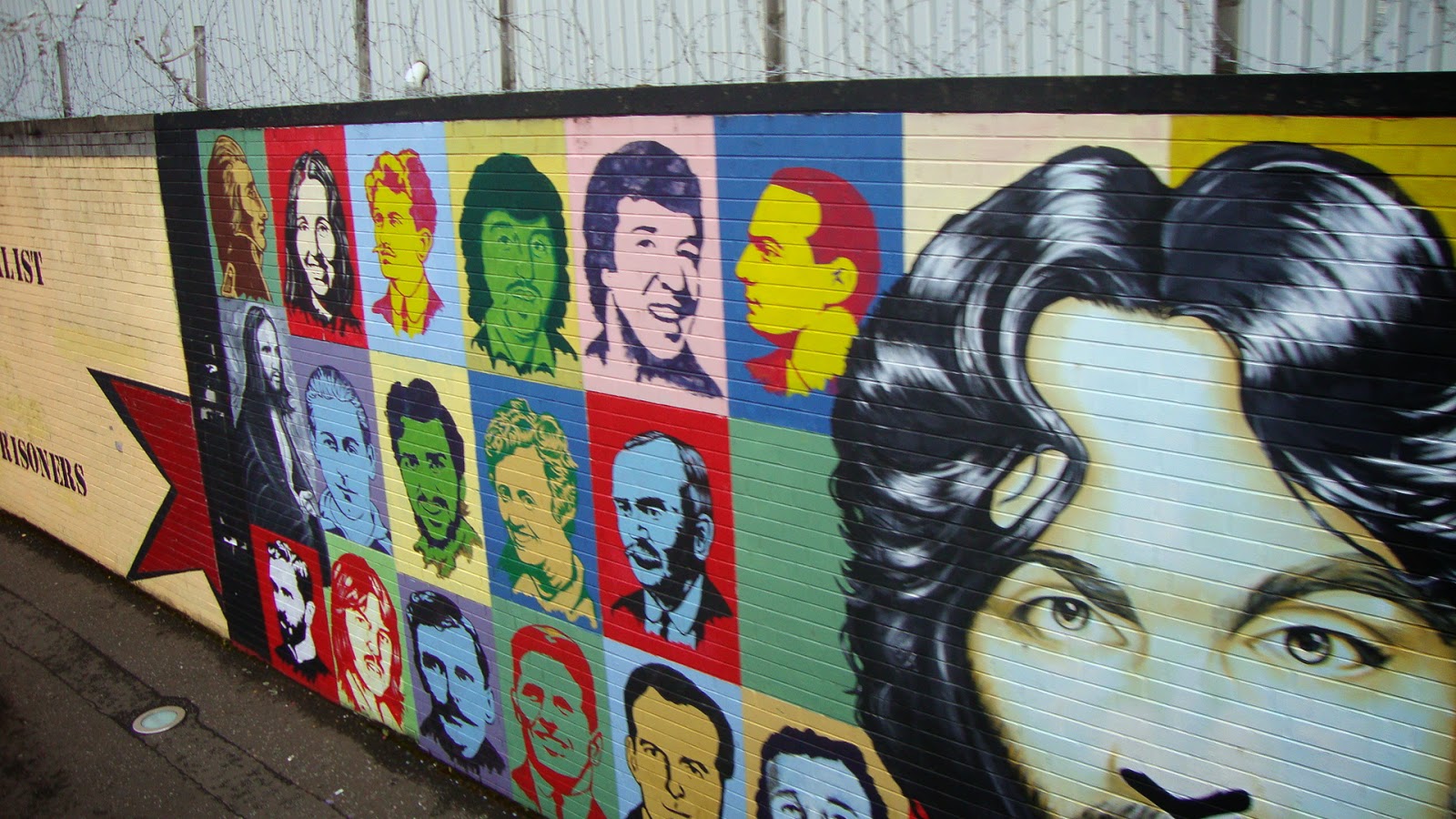 All in all a fantastic weekend - the people of Belfast should be very proud of the welcome visitors received and the support for the race itself was overwhelming.  Nothing was too much trouble from the welcome at the airport, the taxi drivers, the hotel staff, and our friends at the Rosie who even supplied a cup of tea when I got cold standing on the side of the road! Shame the weather was slightly rubbish but it didn't stop us from getting out and about.  We'll certainly go back to Ireland in the future to do the proper tourist bit - I really want to see the Giants Causeway and spend more time taking in sites like the Crumlin Gaol.

Worried about going to Belfast?   Don't be - you'll be pleasantly surprised.  There are some lovely places to eat (just avoid Campbells "The Oldest Coffee House in Belfast"), the people are extremely friendly and you certainly won't run out of things to do even if there isn't a Grand Tour cycle race being held!