Today is the second day back at work and the second day I have had to run the gauntlet of birthday cakes!  Yesterday I succumbed to a very small slice of carrot cake.  Today I very nearly got away with not having anything at all - unfortunately I had to climb the last flight of stairs which took me to cake hell & a "smallish" flapjack thingy!  By virtue of the fact that I had a slice of rye bread and two poached eggs for breakfast I was already well on the way to using up my daily calorie allowance.  I have had to put up with a lot of verbal abuse at work because I've started back with the diet & exercise bit between my teeth.  Everytime someone says something I lift my "Keep Calm & Go For a Run" mug - not quite as rude as a v-sign! 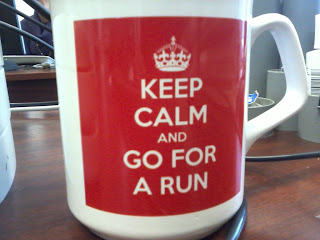 I've done an hour's filing at work this morning, which made me puff and blow and felt like a workout.  There's more there than you think! 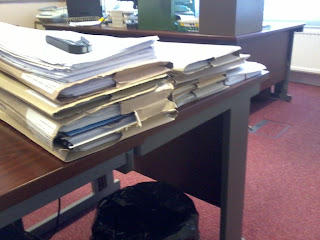 I didn't think I would be able to fit in a run today; as I said in Day 3 my daughter had her first College interview this afternoon (at optimum run time of 4.30pm) so hubby did the dog walk (damn), I did the rushing around, getting the shopping & meeting Danni.  She wanted moral support (and not Daddy's) so that was my role today.

Danni's interview was quicker than anticipated and we got back early enough for me to get out for a "quick" run.   I hadn't really taken into account the wind direction, I'd already told hubby which route I was doing so I couldn't change it without going back home.   So, I headed off into a headwind (stupid girl).  I have no idea how hard that wind was blowing but at some points I felt like I was running on the spot.  I did have to power walk part of it because I just couldn't get enough grip to run into it.   At least coming back the wind was pushing me along and coming back downhill I was back in no time.   Unfortunately it took me 40 minutes to do 5km, but presumably that's down to the walking.

Because I went for my run unfortunately I won't be able to tackle the huge pile of ironing which is falling out the cupboard again.    There is actually two piles one in front of the other, plus extra stuffed on the side !  Oops 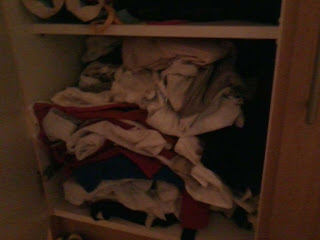