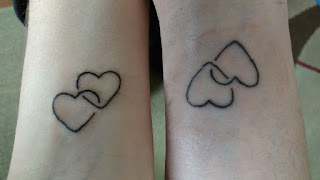 Quite cute I think!

Thursday saw the arrival of the big 5 zero birthday - no idea what I was doing or where I was going but it was soon revealed that Shaun, Danni and I were going on the Brighton i360 and then having lunch after in the Bellevue which is underneath the i. 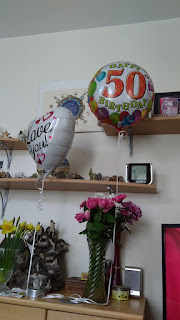 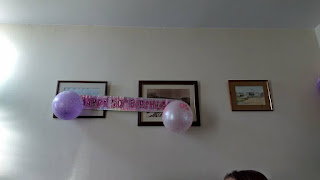 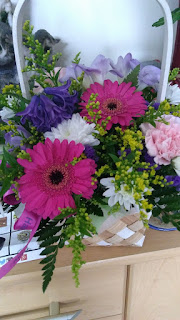 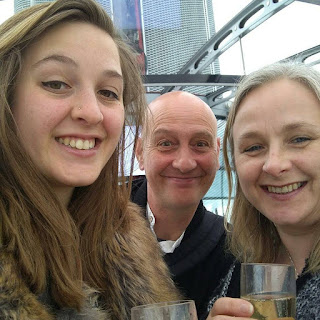 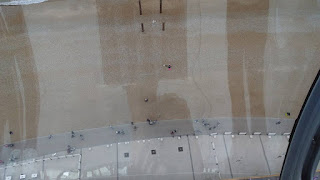 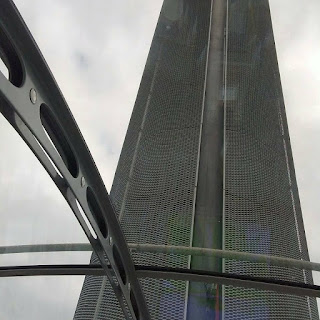 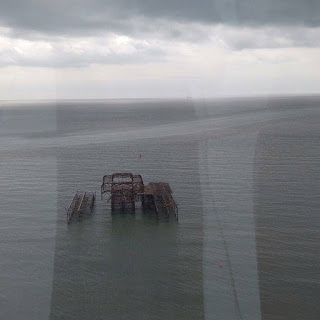 Some lovely presents including a night away with a meal, a couple of afternoon teas and a voucher for beauty treatments at a local salon, a cycling related poster and some cash to spend, and some pretty flowers.

Didn't do much Thursday evening and on Friday we headed to Shaun's sisters for a barbecue to celebrate father in law's birthday.  It was lovely to catch up with his side of the family - not something we do very often.

Friday night Shaun said we were going for a 40 mile bike ride the next morning so when I got up on Saturday and didn't feel up to it I decided to have a duvet day and catch up with some of the telly we'd recorded.  At mid-day Shaun told me to get ready to go out because he was bored and wanted to go out, whilst I was getting ready Danni arrived with Joel - wasn't expecting to see them at all!  We drove out of Newhaven and finally arrived at the Green Man at Ringmer, didn't spot my brother's car parked next to us but there they were - mum, dad, Steve and Jo waiting for us to turn up with the table all decorated - what a lovely surprise.  Think I gave everyone heart failure when I posted on FB that I was having a duvet day and watching 10 hours of NCIS LA.

We had a lovely lunch - bit too much food! 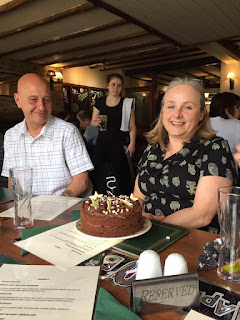 On Easter Sunday we actually made it out for a ride - not far just 17 miles!   It was very chilly with no arm and knee warmers - no idea why I thought that was a good idea, first time ever I've been cold on the bike and won't make that mistake again.  The roads were very busy, a couple of scary moments so we stopped at the YHA at Southease for a coffee and cake and then rode the Egrets Way to Piddinghoe instead of the road.
I haven't done much today apart from washing, sorting out my winter to summer clothes ready for work and a MASSIVE pile of ironing whilst watching the first episode of the new series of Dr Who and 4 episodes of the current series of Line of Duty.
Back to work for 4 days - Operation Greek Goddess is a go, back to classes too and back to the weightloss.  Going to take it easy with the classes though, no doubling up until I'm sure the rib is going to behave itself.
Posted by LilB at 13:06