2015 was pretty much full on - lots of cycling (although not as much as 2014), lots of lovely trips in Tribby and ticking things off the To Do in 2015.  The most exciting To Do was book and plan the holiday to Australia - it seems to have been a very long time since April when we booked and it won't be long now before we're up and away.

On the cycling front I've spent 68 hours on the bike travelling 1,000 km - only 79.5 less than last year which I'm happy with.   I've increased my top mileage to 43 miles which is something I want to work on next year too.   I'm just about to sign up for the 60 mile Davina Big Sussex Ride in June so I'll need to get training after Australia. 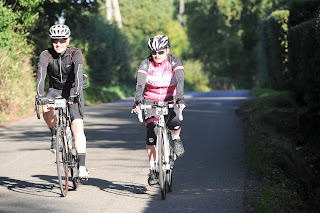 We also ventured further in Tribby than in 2014 with a debut trip to the Paris Roubaix - taking Tribby enabled us to be nearer the pave than in previous years. 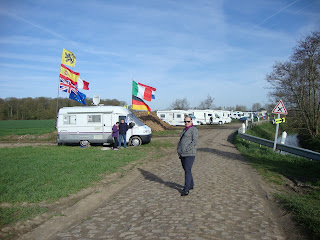 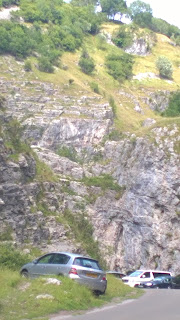 We weren't sure whether this would work or if it suited us but actually it suits us down to the ground.  We definitely don't like to stop in one place for more than a couple of days.  In 2016 we hope to head further north and visit Herefordshire and maybe Wales - somewhere I've never been.   We haven't got much holiday left because of Australia so hopefully a week at the end of August will enable another road trip, otherwise it's going to be local trips for weekends.

I'm not going into detail of the Australia trip - there will be plenty of time for that next month.  I don't want to bore you too much, although my next post is the itinerary !

2016 will also see a massive effort to lose the weight I failed to lose this year and I've joined a reading challenge so I'll definitely be reading more.

The highlight of 2015 for me was without doubt our prize winning weekend to the New Forest.  I've won odd things like sportswear or accessories but never a weekend away.

And of course the year being topped off by my baby brother getting married on 30th December - congratulations to the newly married Mr & Mrs Pelham - here's to a happy life together. 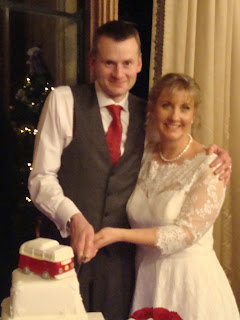 There is usually one event during December which makes me feel all Christmassy and gets me motivated to wrap the presents and get the living room decorated and tree up.  This year's event was a 30 mile Santa Bike Ride for Chestnut Tree House, sponsored by Giant Store Shoreham & Mr Cycles at Seaford.

The only problem was the night before I went out to celebrate Christmas and 10 years of Claire's qualification as a PT.  It was lovely to spend some time with the girls I've met at boxercise over the last year and to see everyone all dressed up.  I was on my best behaviour - only stayed for the meal, had a couple of glasses of wine and was home in bed by 11.30pm, leaving the others to a night in the pub and so I understand a couple of hours in the local "nightclub".

Whilst I was out Shaun had been busy decorating the bikes for Sunday morning.

The basic idea was to dress as Santa and ride from Shoreham to Worthing Pier and back again - 8 miles.  To add a few miles on Shaun and I joined up with some of his work colleagues and the boys and girls from Seahaven Cycling who were meeting at Saltdean and then cycling to Shoreham to join the main ride.

At 8am we gathered together ready for the 11 mile ride to Shoreham and meet nearly 150 other cyclists, including fellow Boshers Nic and Nick

It was quite a sight to see so many red suited fellow cyclists.  At 10am we started the out and back to Worthing Pier - it was lovely to be tooted and waved at by passing motorists and people enjoying   walks, runs and bike rides along the coastal path. When we got to Worthing Pier we stopped for a well earned hot drink and snack and were welcomed by the Town Cryer ........... and the sun came out!
The return journey was much the same, lots of smiling and bemused faces along the path.  Lots of 'HoHoHo's' and Merry Christmas from the cyclists. 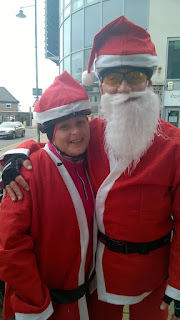 Back at the Giant store we tucked in to well earned cake and refreshments and then made our way back to Saltdean.

It was a fantastic way to spend a morning and such a great atmosphere along the whole 30 mile ride.  We've raised a bucket load of money for Chestnut Tree House, around £2,800 at the time of writing.   This will definitely be on our ride calendar for next year - thank you Giant for stewarding and making sure we were safe and fed and watered at the end - we'll definitely be back!

The only thing left is for us to get decorating & wrapping ........ motivation is waning, fast!