Following on from the last post last Saturday Shaun and I headed to Verwood Camping & Caravan Club Site for a few days on the New Forest and to take part in the New Forest Spring Sportive.   We'd both entered the 66 mile standard ride as had our friend Steve Hyne (@mountainhiker59 on Twitter).  I'd more or less decided on Friday I wasn't going to ride at all and leave Shaun & Steve to ride together.  I'd had a bit of a problem with my asthma meds during the week and was a bit scared to put my lungs and heart under any unnecessary strain.  Shaun had decided that Doris and my kit was going to the New Forest anyway even if I only went for a short ride on the Monday.   During a chat with Steve on Saturday evening it was agreed that if I got a decent nights sleep I would ride the 29 mile short sportive with Shaun and Steve would ride the 66 miles alone, provided we met before and after at the start.  So glad we made the decision. 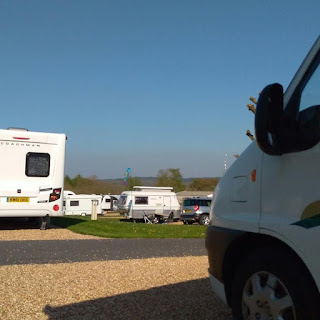 The next morning we got up early with an aim to be off site at 7am as soon as the gates were opened and drive the short distance to Somerley House for the start and meet Steve.   Once we'd met up and sent Steve on his way, we headed to registration and then back to Tribby to get the bikes ready. 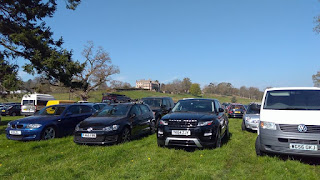 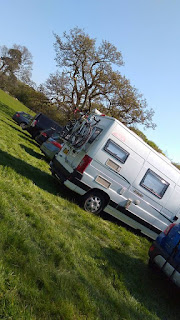 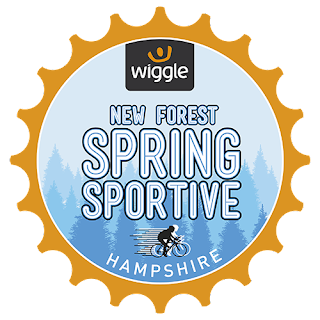 We were soon being set off through the start gate and out on to the Forest.  It actually felt great to be on the bike, I hadn't had time to be nervous about the ride itself and what was ahead, I just had to ride and enjoy it.   After 12 miles we arrived at the first feed station - tables laden with flapjack, hot cross buns, chocolate mini eggs, cola bottles (apparently but I missed them), the usual PowerBar nutrition and sports drinks.  Quick comfort visit and we were off again.   17 miles later and we were heading back into the grounds of Somerley House - 2 hours 10 mins moving time.   I was extremely happy with the ride.  Don't think I would've managed the 66 miles but I still got a medal and a finishers tshirt so I was happy.

We took the bikes back to Tribby and got changed and then headed back to the finish to wait for Steve who came in another couple of hours after us.   There was a lovely atmosphere at the finish with a band playing, food and coffee stands.  While we waited we had a cup of coffee and sat in the sunshine - it was a lovely day! 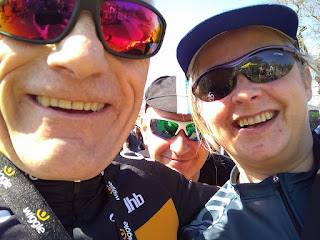 Reunited with Steve we headed to a pub in Ringwood for some lunch.  Unfortunately being such a lovely day the pub was really busy and the wait for food was getting longer, so we had a drink and a catch up and then went our separate ways.  We headed to Lidl to buy some food - we hadn't catered for Sunday night!

We hadn't really planned anything for Monday other than a lie in and maybe a recovery ride.  To be honest the road running alongside the campsite was so busy I didn't fancy cycling on it.  We could've driven Tribby on to the forest and ridden from there but neither of us really had the energy so after brunch we headed to Burley to stock up on cider and Brockenhurst for a coffee and cream tea and buy a new table in the amazing camping shop in the village.

While we were in Brockenhurst we said hello to the donkeys 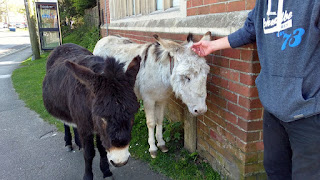 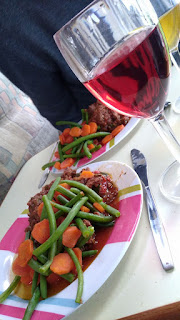 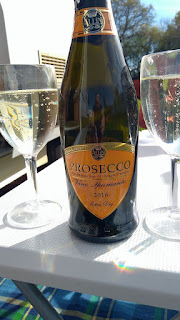 On Tuesday we headed home, picking up the dog from my parents on the way.  Time to download finisher's times, Garmin and photos.   Official time was 2 hours 20 minutes and the photos were brilliant. 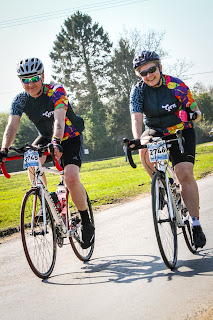 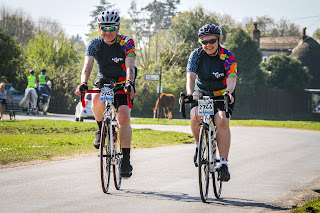 I think we'll definitely do this sportive again, or at least more rides on the Forest.  A great event.
Posted by LilB at 13:21