Aussie Adventure - Tour Down Under & Back to Hall's Gap

We woke very early to the most horrendous thunderstorm, torrential rain and strong winds - bits of tree falling all over the place!  Not much fun for the 5 hour drive to Victor Harbor for the Tour Down Under, the first UCI tour of the year.

To break up the journey we stopped at Bordertown for breakfast - lots of coffee and breakfast rolls!   The drive from Hall's Gap to Victor Harbor is pretty much boring - some breaks in the view with the odd hill, but mainly just open fields and very few trees.

We were booked into the Anchorage Seafront Hotel 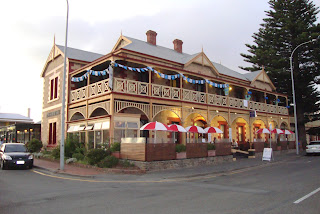 After checking in we headed out to find some lunch and find a spot on the finishing straight of the day's stage.   The Bupa Ride was in the finishing stages too - we'd got tangled up with some of the cyclists on the way in.  We found the ideal spot and waited 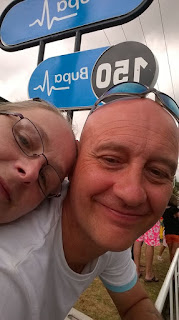 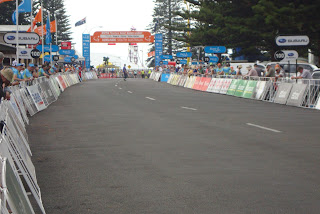 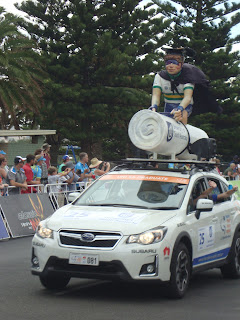 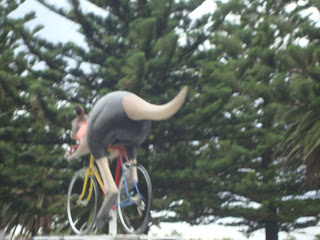 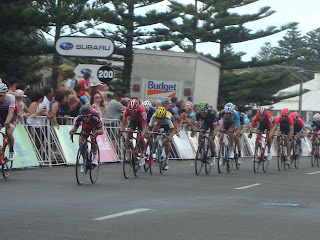 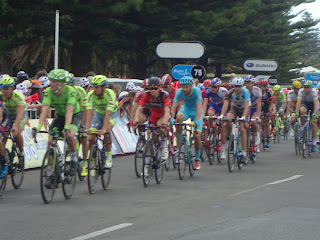 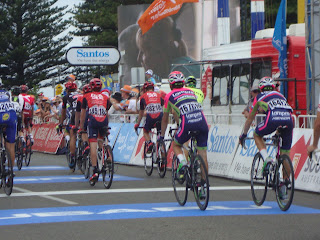 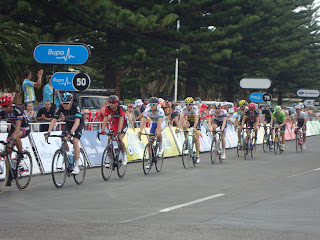 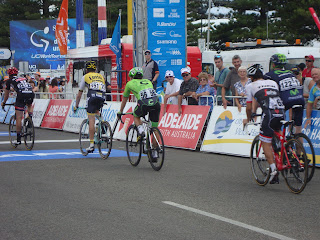 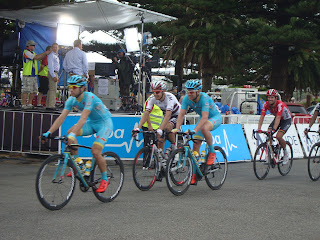 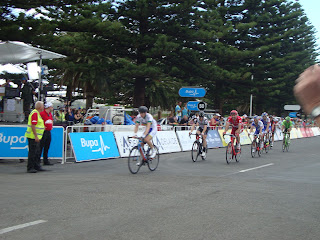 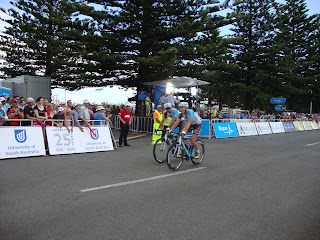 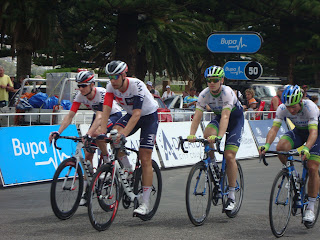 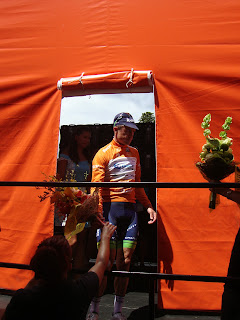 We had dinner in the hotel the first night - it's always knackering spectating and we'd had a long day!  The Anchorage Restaurant has a lovely menu - not a great deal of choice but sometimes that's better than having loads to choose from.

Before we left the hotel the next morning to find a spectating spot on Willunga Hill we had breakfast in the cafe.  Andy found a great spot at the opposite end of the hill to the race route, about a mile's walk to the finish.  We walked up and down the hill for a bit, trying to suss out the best place to stake our claim - once again we ended up at about 150m to go, right where the Strava KOM segment ends.
The Hill was very busy with cyclists right up until minutes before the pros came through for their first pass.   The second pass was very exciting as we could hear from the commentary that Richie Porte was in the lead - we really wanted him to claim another win at Willunga - it was one of the reasons for making the trip!  He certainly did not disappoint 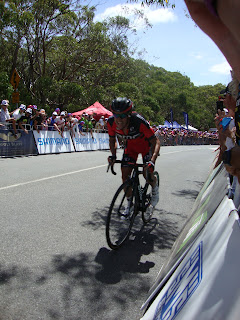 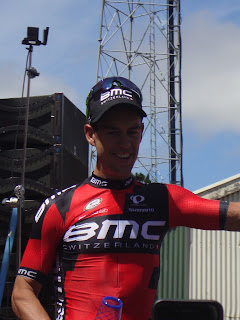 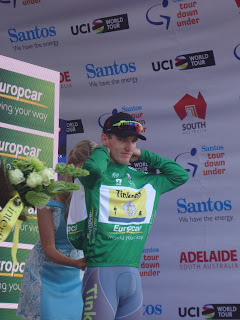 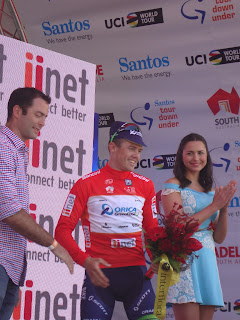 After presentation we headed back to the car, through the team buses, just as Sky were getting ready to ride back to their hotel in Adelaide 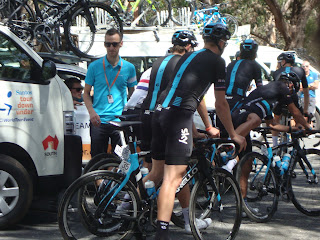 We decided to return to the Anchorage via a vineyard - the Victor Harbor Winery.   We tried a few reds but settled on a Cabernet Malbec, which is really unusual for me cos I really struggled with the Cabernet blends.  Back to the hotel we sat on our balcony & drank the wine before dinner. 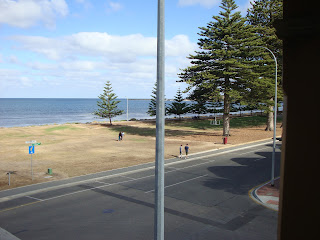 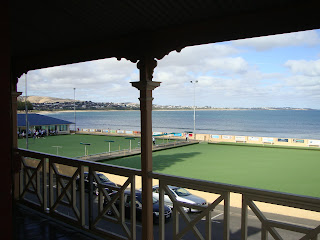 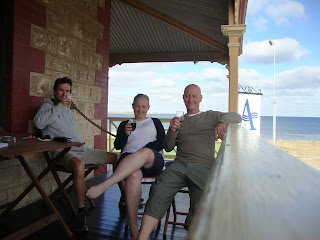 Up early for the 5 hour trip back to Hall's Gap with a breakfast stop in Bordertown.

When we got back Lou had been busy with the girls tidying up, and because of a few problems with plumbing while we'd been away had managed to get the keys to the other side of the cabin - Shaun and I were going to be having a very comfortable final night in the Grampians in a proper bed with our own bathroom!

We'd had a lovely time on our mini holiday - Monday we packed up and drove back to Melbourne. 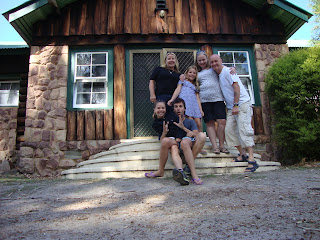 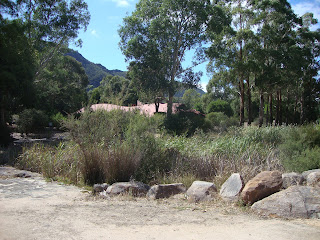 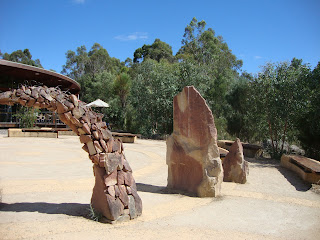 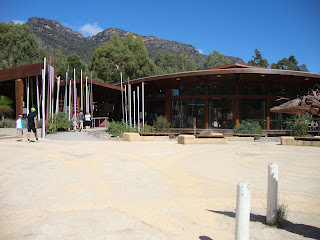 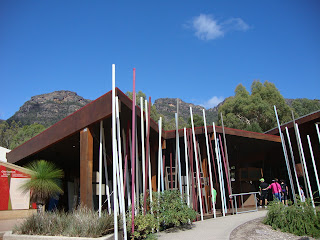 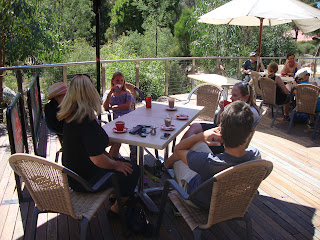