Monday 11th January - our first full day in Sydney and I'm having to pinch myself that we're actually here!  We both slept well, waking up at about 6am, unfortunately I had the mother of all sinus headaches (probably from drying out on the flight).   Luckily I'd packed a box of Sudafed.   We had a lovely apartment at the Break Free situated on George Street. 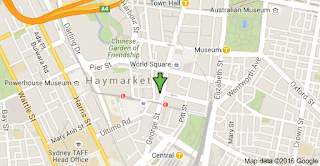 We didn't realise how central the hotel was until we went to search out some breakfast.   Our apartment had a small but extremely well equipped kitchen with fridge, hob, oven and microwave and "living room" area which we later found was a major plus.

Breakfast in Sydney, maybe like most major cities of the world, is an "on the go" affair - lots of food halls selling breakfast in a wrap, but nowhere to really sit and relax and enjoy something to eat.  I wasn't coming all this way to run into Maccy Ds (or Maccys as the Australians call it).   It didn't take long though to spot down a quiet little alleyway 1 Abercrombie Lane 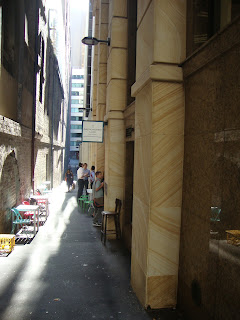 - a cafe/bakery which serves breakfast to go but also allows customers to sit down and enjoy poached eggs with avocado (Avo) on sourdough with a decent cup of coffee - alternatively I went for an apple bircher with a lovely cup of "English Tea".   This place is a little gold mine, the staff are very friendly, the food is fresh and it seems very popular with the Sydneysiders too!

Once breakfast was done we headed to Circular Quay - we'd booked a 24 hour ticket for Captain Cook Cruises to take us on a trip of the Harbour, mainly to get to Manly but maybe also hop on and off at various other stopping points within the Harbour.   Once we'd swapped our voucher for tickets at the kiosk and worked out which ferry we needed to catch we headed off to explore the quay area which includes one of Sydney's most famous landmarks - the Opera House. 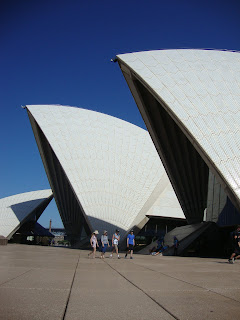 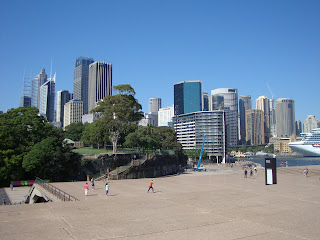 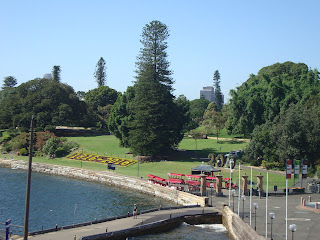 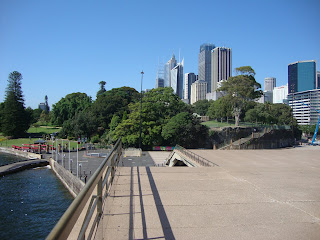 Wow, what an amazing piece of architecture.   It's not stunning but is definitely a bit mesmerising!

Seeing the Bridge on the other side of the quay was a bit of an exciting moment, with the realisation that the next day we would be climbing it.  Watching the tiny figures walking up and down it was fascinating! 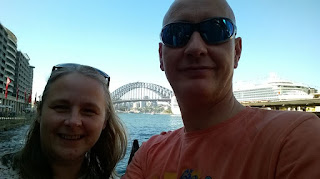 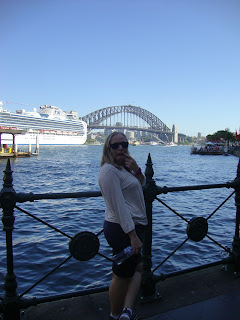 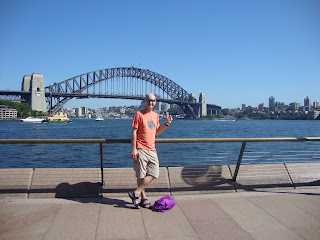 After some must have photos of the Opera House and the views of the City we headed back to the quay to board our "ferry" to Manly.  There were also stops at Watsons Bay and Taronga Zoo but we decided we would come back and do those if we had time - our main objective was to get to Manly, hire a couple of bikes and head out to the North Head Nature Reserve.  Getting off the ferry the other end we headed straight to Manly Bike Tours shop where we hired a couple of hybrids.   Manly Bike Tours come highly recommended - the guy who runs it is extremely helpful and makes sure you're comfortable on your bike, the hire charges are very reasonable and you can hire a bike for as short a time as an hour or for a day.   They also cater for families too with baby seats, kids trailers and bikes and tag alongs.  There are also lockers for hire if you don't want to carry all your belongings.  Each bike comes with a cycling helmet, bike lock and a map of Manly.   There are a number of rides you can follow - if you let the guy know where you want to go, he will mark the best route on the map.   You do need to carry your own water though, which you can either carry in the bottle cages or in the bike bag on the handlebars.    One word of warning, Manly is not flat!  I'm not brilliant on hills and in the heat I did struggle a bit, probably not helped by the tiredness from the flight! 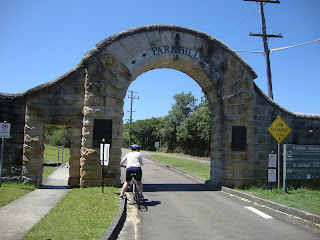 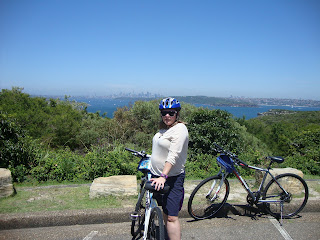 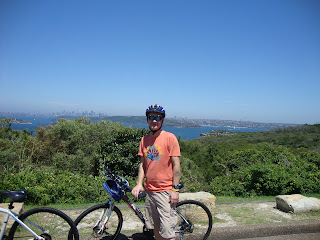 North Head Nature Reserve is a lovely area - but it was very warm, about 35 degs we found out later. 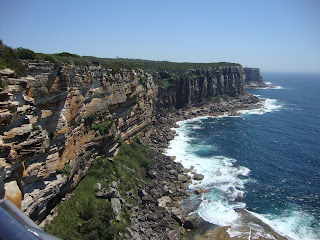 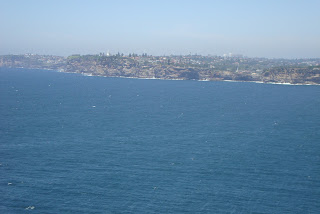 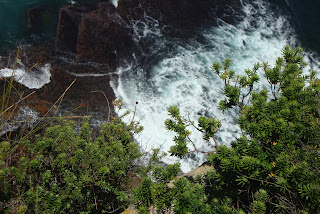 After North Head we headed back to the bike shop via the beach, it was great to see Cabbage Tree Bay and the very impressive Shelly Beach, it was packed as it was still school holidays.  We didn't do much cycling because it was so busy on the cycle path.  Once we'd handed the bikes back and had some lunch and an ice cold beer at Crinitis, we headed back to the ferry.

Our next planned stop was Fort Denison - actually wished we hadn't bothered and got off at Watson's Bay instead!  There's only a ferry to Fort Denison once an hour so once you are there you are stuck.  It's much smaller than I thought it would be and whilst there is a museum about it's history it's not big and takes all of about 20 minutes to walk round.   There is a very nice restaurant so we were able to get an ice cold drink (no beer unless you buy food), but it wasn't cheap!
Great chance for Shaun to use his telescope though 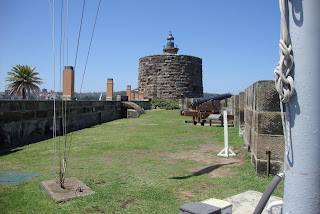 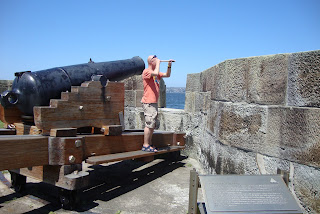 The ferry picked us up and took us back to Circular Quay.

Top tip : there are other ferry companies on the Quay and the Manly Ferry.  We only booked ours in the UK because we didn't know what else was available.  Depending on what you want from your day in the Harbour you could probably do it cheaper than we did.  We could've spent a lot longer at Manly, a sit on Shelly Beach and a dip in the sea would've been nice.

During our walk back to our hotel we spotted a Woolworths (a major supermarket in Australia), we needed some water, snacks and cold drinks for the room so decided to go in an investigate.   Walking round we found freshly cooked chickens so decided to buy one and some salad stuff and take it back to our room for dinner instead of trying to find somewhere to eat that night.  We'd been on the go since 8am and with the heat were both exhausted.  We bought some Tiger beers from the bottleshop (offy - you can't buy alcohol in Australia supermarkets).

Our first fantastic day in Australia was over!