The run up to Christmas

Not much running this week although I did manage a 7k on Wednesday in less than favourable conditions.  Tuesday was called off because run buddy was otherwise engaged and had rescheduled for Wednesday.  I got back from walking the dog and got changed and waited for the call to say she was ready - my Asda shop was due between 5 and 7 so either the shopping had to come or hubby had to come in from work. She then rang to say she wouldn't be able to go - Cinderella was all dressed up with no-one to go with!   Shaun came in from work and took one look at me - "off you go then", and before I knew it was on the road to Peacehaven ( my "hilly" run although some would call it undulating).  I quite enjoyed being out on my own for a change and have decided that even if Sue cancels in the new year I'm going out - must be the Janathon evil magic working!  Not the quickest of runs, funnily enough I think I was slightly overdressed.  Having donned the winter running kit I think I could've got away with a short sleeved top & capri leggings.   I got back an hour later and the shopping still hadn't been - typical Christmas week and not unexpected.

Work this week has been very strange - lots of tins of Quality Street but I'd been looking forward to the tray of mince pies which never arrived.   I managed to get out of the Christmas lunch because the dog needed walking - one of the best excuses I've ever had.  Don't get me wrong I do appreciate being taken out for lunch but I'm not particularly keen on spending an afternoon with people I don't have anything in common with.  They all think I'm weird because I like to run and walk for miles.   Anyway, I enjoyed being at home with the dog and going out for a lovely long walk.

Work finished Friday lunchtime, all the presents are finally bought and wrapped.  On Christmas Eve we've always done something family orientated and had a lunch out.   Some years it has been ice skating at Brighton Centre, other years we've been to the cinema and watched the Christmas film.   This year we went on the Brighton Wheel.  Not very exciting for some but I have watched this structure going up from day one so it was great to finally to get on it.   The views are amazing!  Shaun and I have decided we want to go back for a sunset or night time ride. 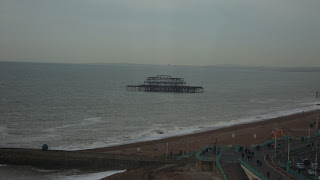 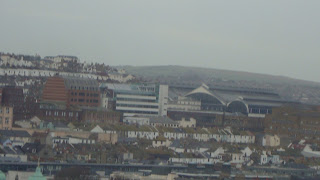 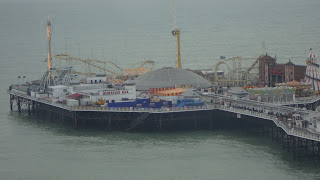 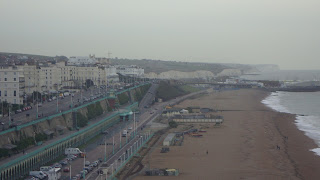 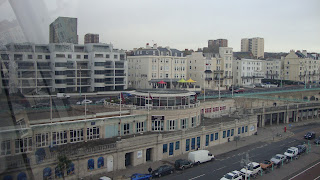 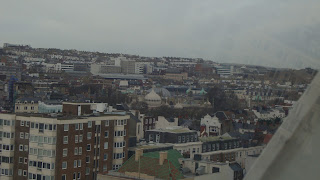 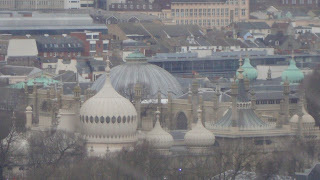 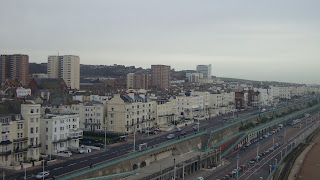 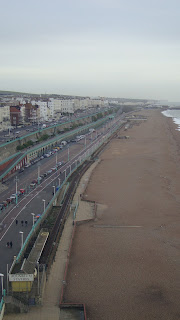 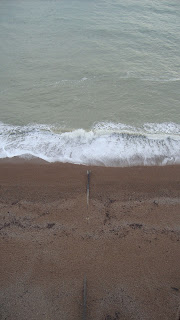 So Christmas Eve is nearly done.  Shaun's taken the dog for a nice walk and I'm at home doing the housework - and on here!  So no exercise for me today and tomorrow.

Merry Christmas everyone, and here's to Janathon!