#Run With an Idea - Debate 3 Juice Cleanse Healthy or Hype?

I know I've only just posted and it's unusual for me to post again so quickly but this week I was invited to join in with the Run with An Idea Debate.  Basically I'll be posting every 2 weeks on a chosen subject which other bloggers/readers can then debate.  Not really sure how this is going to pan out, but let's give it a go.   This week's post is about juice cleansing - is it healthy or just a load of PR hype!

Personally I'm not a great one for drinking my meals.   I like nothing better than tucking into a plate of meat, veg and carbs at dinner time or for breakfast and lunch whatever takes my fancy and is available in the fridge/store cupboard.

Also having a husband and daughter means that family meals have to be a "one size fits all" meal - not sure I could sit and have a juice if the other two are tucking into scrambled egg on toast for breakfast. 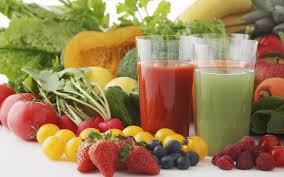 We're also not great kitchen gizmo lovers - we only have a kettle, a coffee maker and a slow cooker on the kitchen top!

I'm sure that juicing is extremely healthy, and there does seem to be some evidence for it but I'm obviously far too traditional in my approach to eating.  Replacing meals with juice would mean me being far too organised.   Of course I could go down the road of signing up to one of the many companies who do all the hard work for you and pay to have ready-juiced meals delivered to the door - but blimey have you seen how much they charge?   I think this is where some of the hype comes from - those great glossy shopping ads on the telly with the "skinny, white toothed" presenters doing the hard sell!  Having had a good look round the worldwide web there is also a lot of evidence that it's not all it's cracked up to be.

Having said that I do need to do something about the ever increasing size of my body - maybe giving it a go wouldn't be such a bad idea - just need to convince Mr B that we need a juicer, after all I managed to convince him that I could last a couple of months on Slim Fast shakes (which lasted 2 days), to join Slimming World (I did nothing but gain weight), join WeightWatchers (he couldn't cope with adding up points to 20!) - convincing him that I'm going to cleanse with green liquid will be easy peasy (NOT).  Maybe I'll just stick to the good old method of eat balanced, low fat meals and doing the exercise I keep promising myself I'm going to do.