We weren't going to the Bike Show this year but we both needed a break so at the last minute booked tickets, a hotel and sorted out train tickets.  Because Shaun was finishing late and I was out watching Not Dead Enough at the theatre on Friday it was an early start on Saturday morning instead of a hotel on Friday night which we did the last time - up at 6am!!  We needed to drop Archie off with my parents and then get the train from Horley to the Excel Centre.    No problems getting up by train and we were at the show nice and early.

As in previous years the Bike Show is part of 4 which are on at the same time - the Triathlon Show, The Outdoor Adventure & Camping Show and the Oceans Festival (which is about conservation, protection and diving).  All 4 shows link brilliantly.

First stop was the Outdoor Adventure Show - the last time we went we won an activity holiday on the New Forest so we went to the stand to see what was on offer this year.   Forms filled for a competition entry and on to walk around the rest of the stands.  I've become a member of the Woodland Trust for £3 a month - this will be invaluable for our trips in Tribby giving us some new walks and places to visit and also with my work on Riverside Park.

We also entered competitions to win holidays in the Philippines and Tobago - fingers crossed 2018 holiday could be sorted.

The thing we love about the shows are the amount of freebies you are showered with - pens, bags, trolley tokens, lanyards, water bottles - so much stuff.   I also bought a battery phone charger, which in turn got me a free pen torch.  It's a good idea to bring a foldaway bag of your own to carry everything.

We also stopped at the True Start Coffee stand to stock up.  We first came across True Start at Birmingham and amazingly Helena, the CEO remembered us.  No freebies apart from tasting the new bars being launched next week.  Stocked up we went off to find GRN who we also came across at Birmingham and won 4 cycling tops in their competition.   We've provided the design and we're just waiting for the tops to arrive.  It was great to catch up with Rob & Pete - and of course we couldn't resist buying a couple of their tshirts.  This is mine - Shaun's is a brand new design and not available on the website yet. 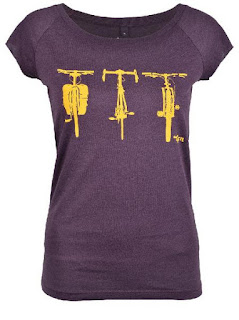 Can't wait to unveil the prize - hopefully they'll be ready to wear at the New Forest sportive in April.

Part of the Bike Show is the "Air to the Throne" competition - pretty amazing to watch some of the stunts.  We watched a couple of the qualifying heats but the final was on Sunday.  As soon as I can work out how to share the video Shaun took I'll add it.

We also stopped at the Rider's Lounge where they have guest speakers - my main aim was to see Hannah Barnes and David Millar but we also caught part of the Team launch for DROPS Cycling - the new women's team.   It was great to see them - I could seriously listen to David Millar talk all day.  He's been a hero for as long as I can remember, apart from his ban obviously but he is working really hard to make amends and even more so now he's retired working with junior teams to inspire them to ride clean.


We'd seen everything before the David Millar Q&A so left the show to check in to our hotel.  This time we'd chosen the Holiday Inn Express Excel - which was next door the Travelodge we stayed in last time.   A very comfortable room - sadly a twin instead of the double I'd booked but we were both too tired to get it changed.

Had dinner at the Fox Connaught again and then returned to the hotel for a bottle of wine and Taboo on the telly.

On Sunday we got up and had a lovely breakfast (Holiday Inn do a fab inclusive breakfast) and then checked out.   We were going to do some touristing but decided instead to head back to Horley and visit mother in law in the nursing home as we hadn't been able to get up to see her since Christmas.   We picked up Archie who'd had a lovely weekend with nanny & grandad and headed back to Newhaven.    All that remains is to wait for the results of the prize draws - fingers, toes and everything that's crossable are crossed.