At the beginning of the year as part of the Sam Smiles charity challenge I'd considered doing an endurance ride of the velodrome at Preston Park, Brighton.   When I heard about an event being organised to raise funds for the local Motor Neurone Disease Association and Martlets Hospice it just had to go on the list of events. 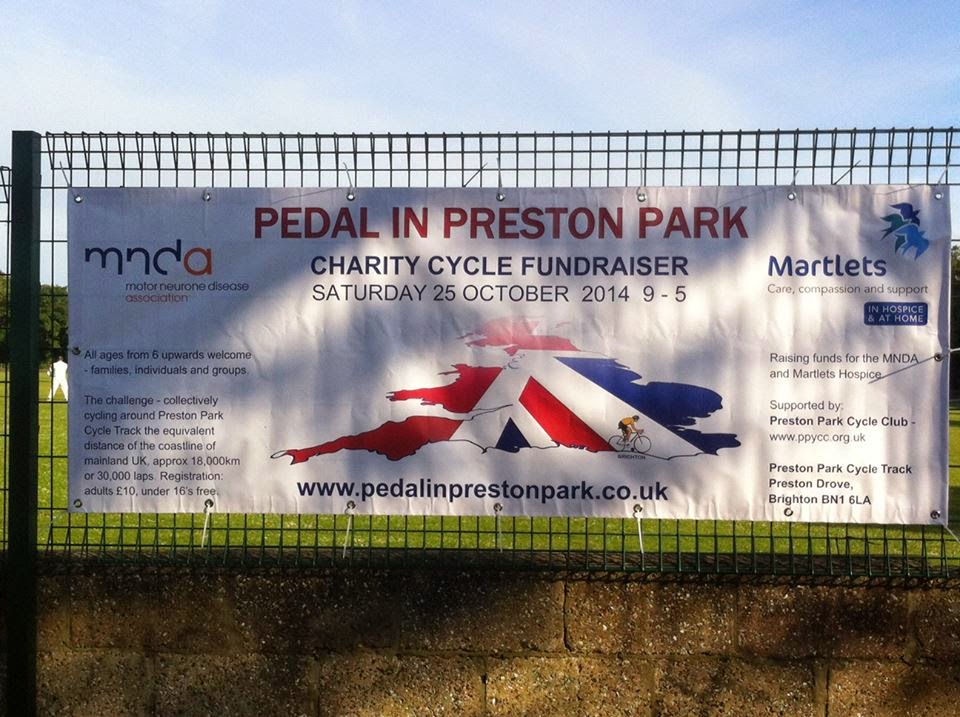 On Saturday Shaun and I headed to Preston Park to meet up with Nik and her husband and some fellow Boshers who were also taking part.   The plan had been to see what the weather was like before we decided on the amount of laps - luckily it was a dry day so the aim was 100 laps each, a distance of around 57km (37 miles).

We even managed to get a trip out in Tribby too - much easier than trying to load the bikes in the boot of the car! 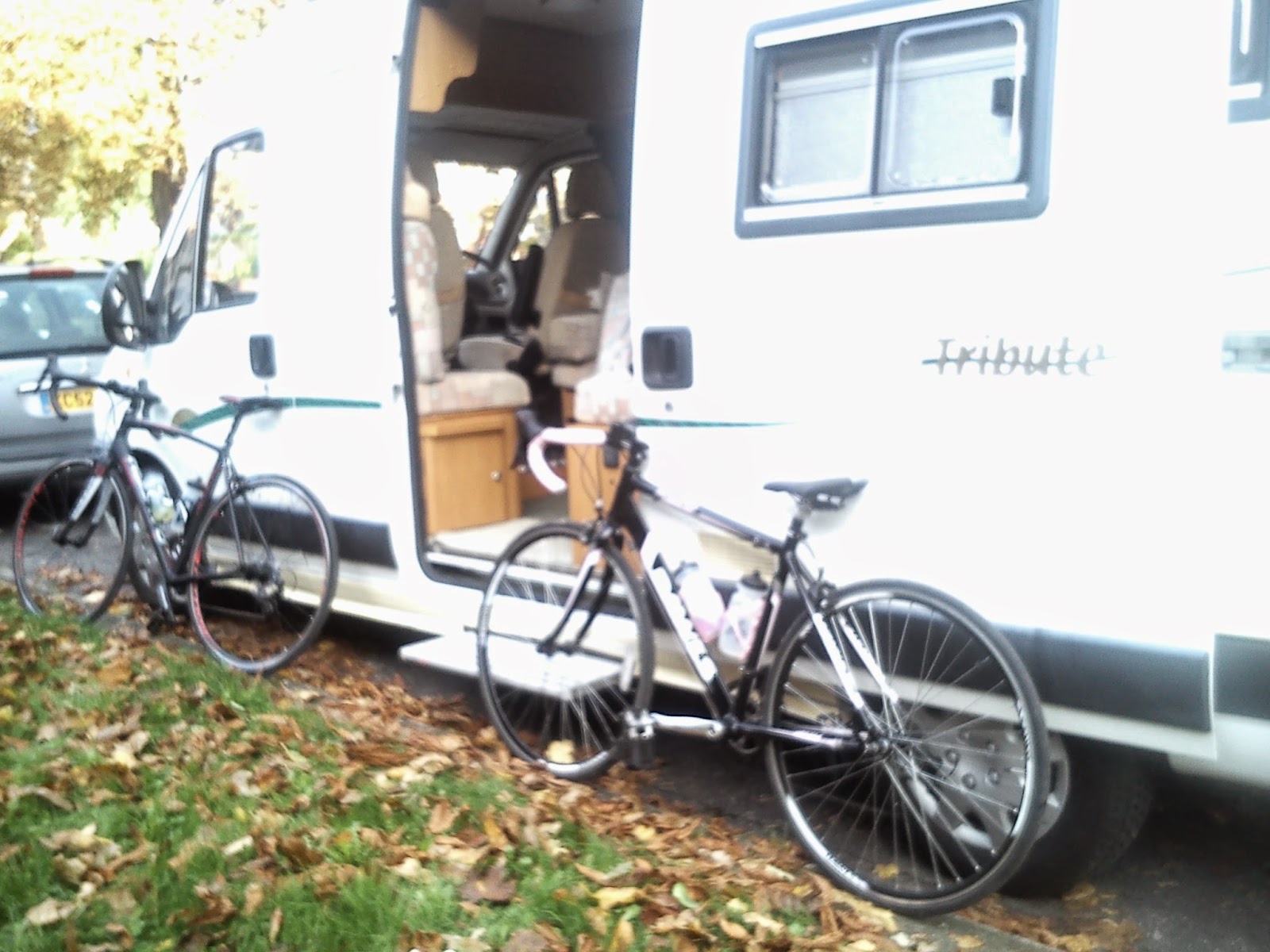 It was quite busy at 12 when we arrived as the youths had only just finished their laps and there were still quite a few club cyclists completing theirs.   We did our first 50 laps (about 20 miles) and took a quick hot drink and cake break (Shaun hoovered up the sausage rolls).
The next 50 laps seemed to take forever but eventually we were all finished - Shaun did 122 laps, Nik did 107 and I did 100.  Everybody who took part got a finisher's medal, and buy more drink and cake! 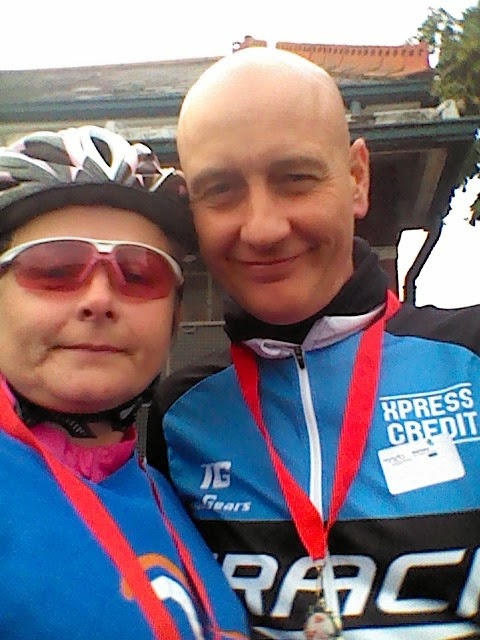 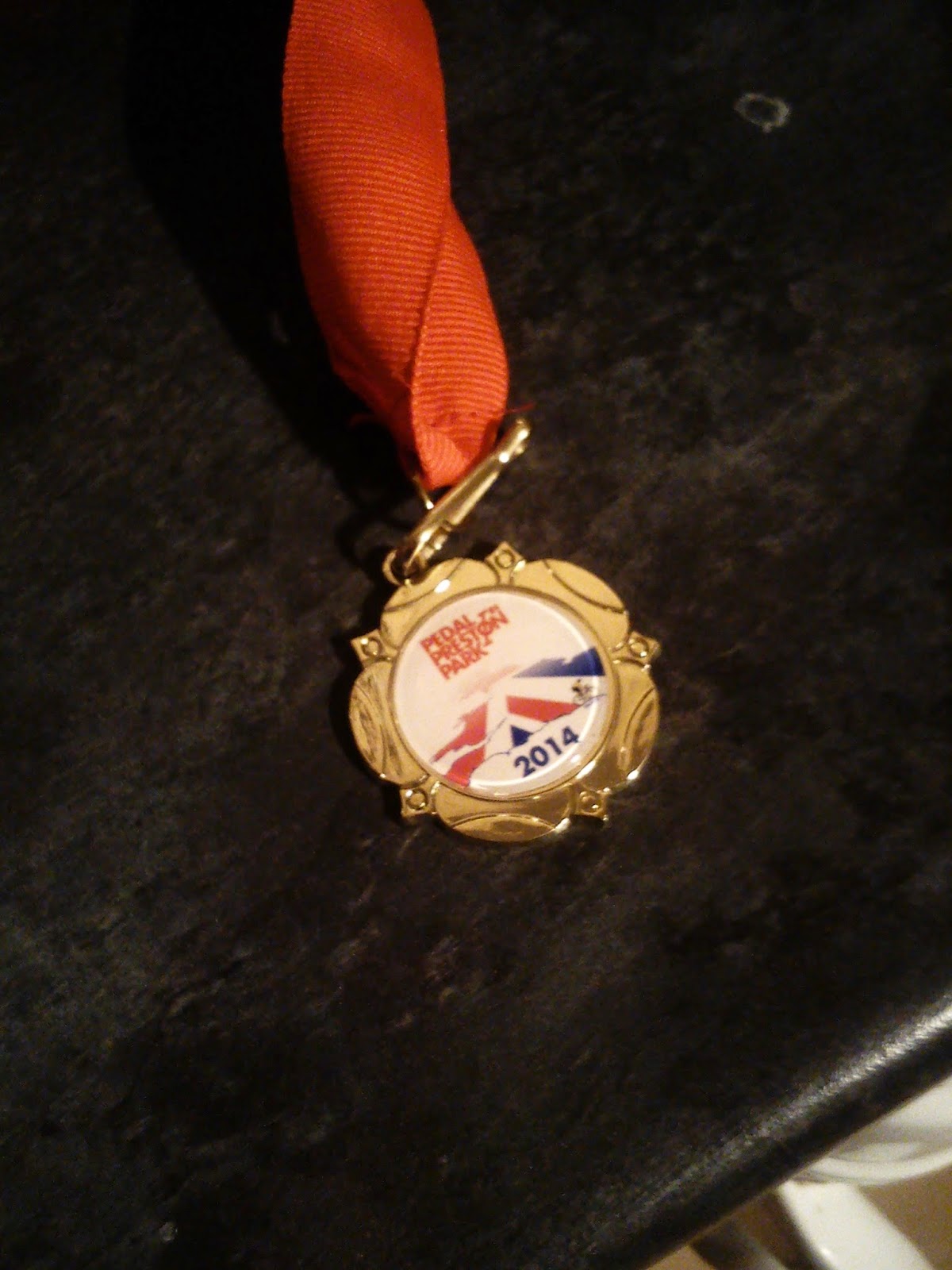 It was a brilliant afternoon of cycling -  the first velodrome ride and the furthest I've cycled this year.   At the time of writing the update from the Pedal organisers is that a total of 14,493 laps were ridden, raising over £10,000 for the two charities.

Time to start planning or next year's events.