It's ok I'm still here!  I've written a couple of posts and then deleted them - guess the old bloggers block has taken hold, either that or so much has happened since the end of June I didn't know where to start!  So, here's a brief run down of what's been going on

July 1st - 25th wedding anniversary celebrations!  We were supposed to go for Afternoon Tea but that turned out to be more difficult than we thought.   We did go back to the Peacehaven motorhome dealership and have another look around the motorhomes there, and then we accidentally put a deposit down on one - more later!   We did get our afternoon tea but later than anticipated and in a different location - Litlington Tea Rooms comes highly recommended and with a bit of cleverness we actually ended up having a delicious feast! 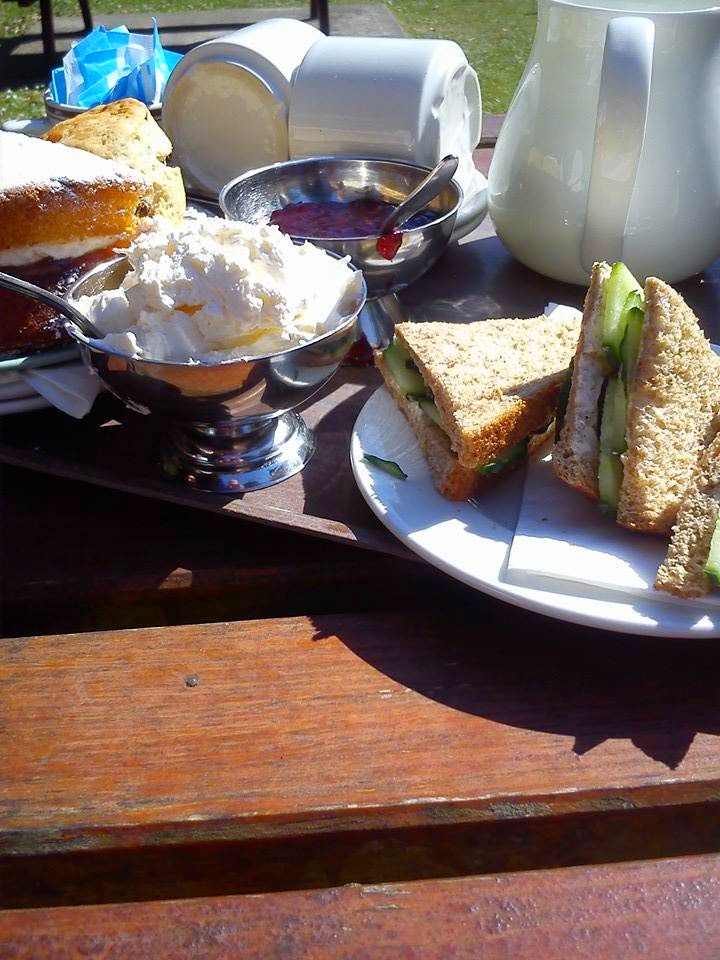 July 3rd - travelled to York for a mini holiday and to watch the Tour De France for 2 days which was starting in Leeds on the 5th.    I can highly recommend letting the "train take the strain".  Travelling from my parents to London, tubing it from London Bridge to Waterloo and then getting the train to York was definitely the best decision we made the whole weekend!  We had a lovely couple of days sightseeing - snickelling in the Shambles, walking the city walls and avoiding the usual visitor attractions that we'd done 26 years previous.

July 5th - travelled from York to Harrogate - Stage 1 of the Grand Depart of the 101st Tour de France Leeds to Harrogate.  Definitely not a good idea - it seems the whole world, his wife and Uncle Tom Cobbley & All had decided the finish was the best place to watch (unless they were in Leeds, or lining the streets of the whole route it turns out).   Even at 9.30am when we arrived there was very little space on the actual finishing straight, lots of camping chairs with very few people sitting in them, but nonetheless very little space.  (I'm kind of over it now but on the day I was less than pleased at the antics of some people with their camping chairs - something we've never taken to any cycling race ever).   So, Shaun decided the best thing was to head to the Fan Park and watch the race on the big screen and sit in the sun, soak up some atmosphere - the other half of the world, his wife & Uncle Tom were there too - packed!    It was so busy that an hour before the race was due to arrive in Harrogate a safety announcement was made that no-one should leave the park as the town was at capacity.   So that was where we stayed - I have to say a great decision in the end, the atmosphere was great, there was plenty to see and do, including two British cyclists who were doing Q&A sessions at the Skoda tent!

July 6th - Got up early, had a quick breakfast, checked out of our hotel and legged it up the road to nab a spot to watch the roll out from York Racecourse.  There was no way I was coming all this way not to see the glimpse of the Yellow jersey and a few riders.   Again, a great atmosphere and lots of lovely people to chat to whilst we waited and then at 11ish through they came. 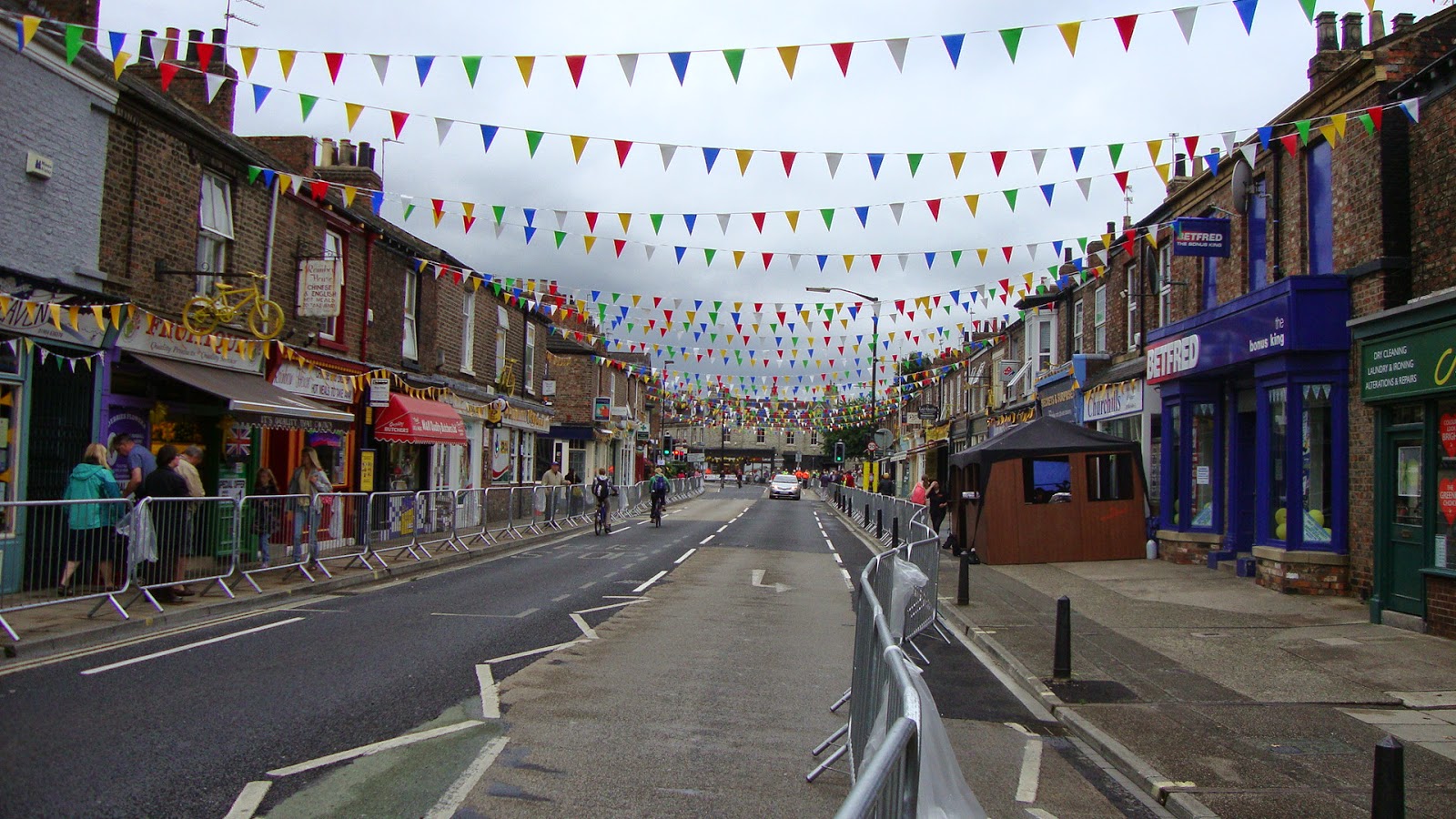 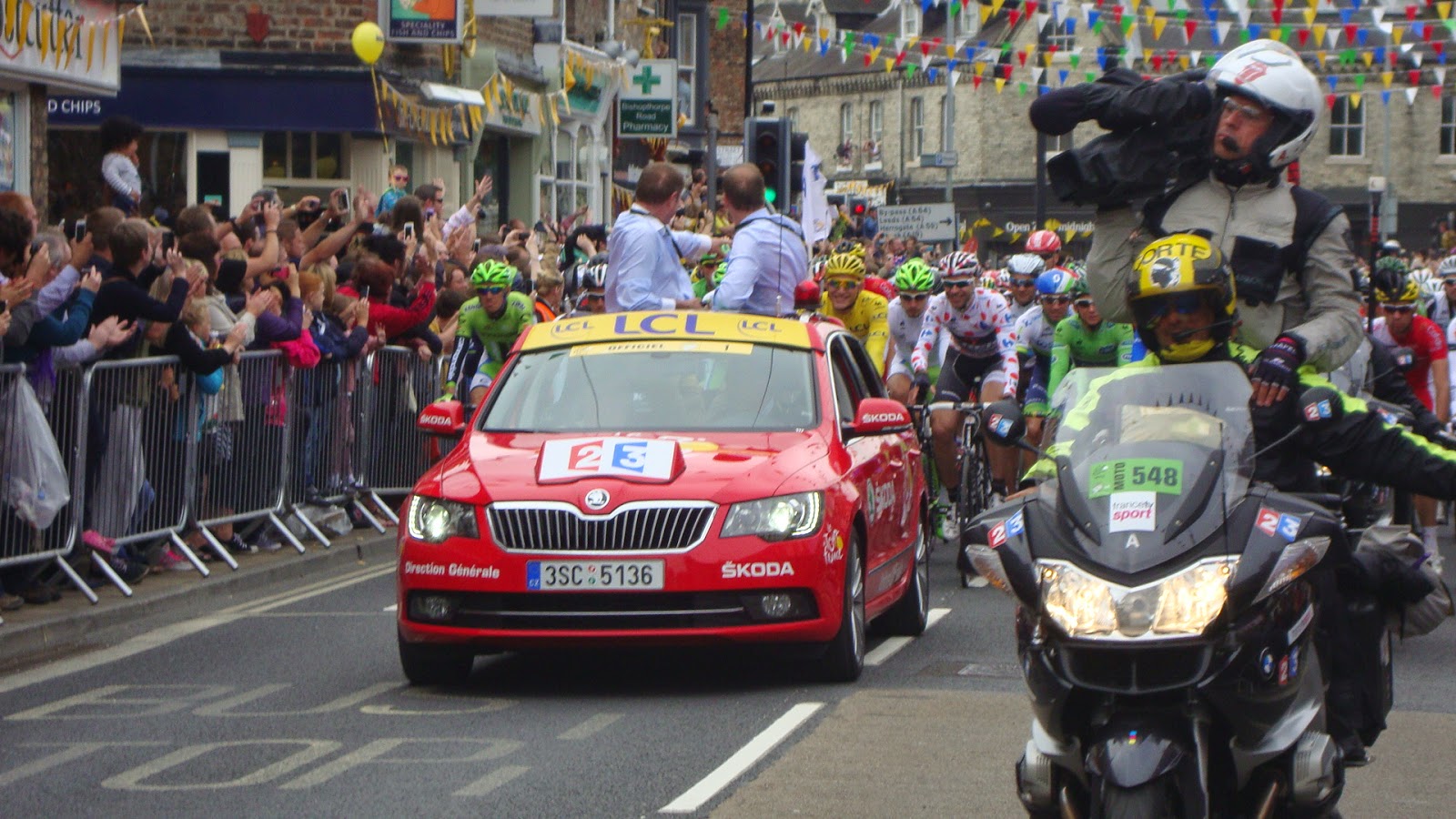 Was great to see them all - apart from Cavendish who crashed out on the first day!  As soon as they'd passed we legged it to the railway station to make our return journey home.

Not much to report for the rest of July apart from watching the Tour de France on telly and wishing we were in France watching it - especially the Northern bits where Chris Froome abandoned and Contador came to a sticky end a few days later!   All in all, I thought it was great race this year.   Losing the favourites so early on opened up the race, although Nibali was by far the strongest of the field.   It enabled some of the riders that the general public will have never seen before to come to the fore and make a name for themselves, some that Shaun and I have watched for many years but have been hidden by the big boys.   For all the moaning about Wiggo not being picked for the Sky Team, for me, it was one of the best Tour de Frances I've seen!

We finally took ownership of our motorhome at the end of July - a 2 berth Trigano Tribute, or Tribby for short.   We've wanted a motorhome for absolutely ages and it was on the "when we retire" list.   But ...... having experienced some pretty tough times recently and thoughts turning to the future we thought "bollocks" and did it now!   To us life is far too short and it's time to enjoy it while we can. 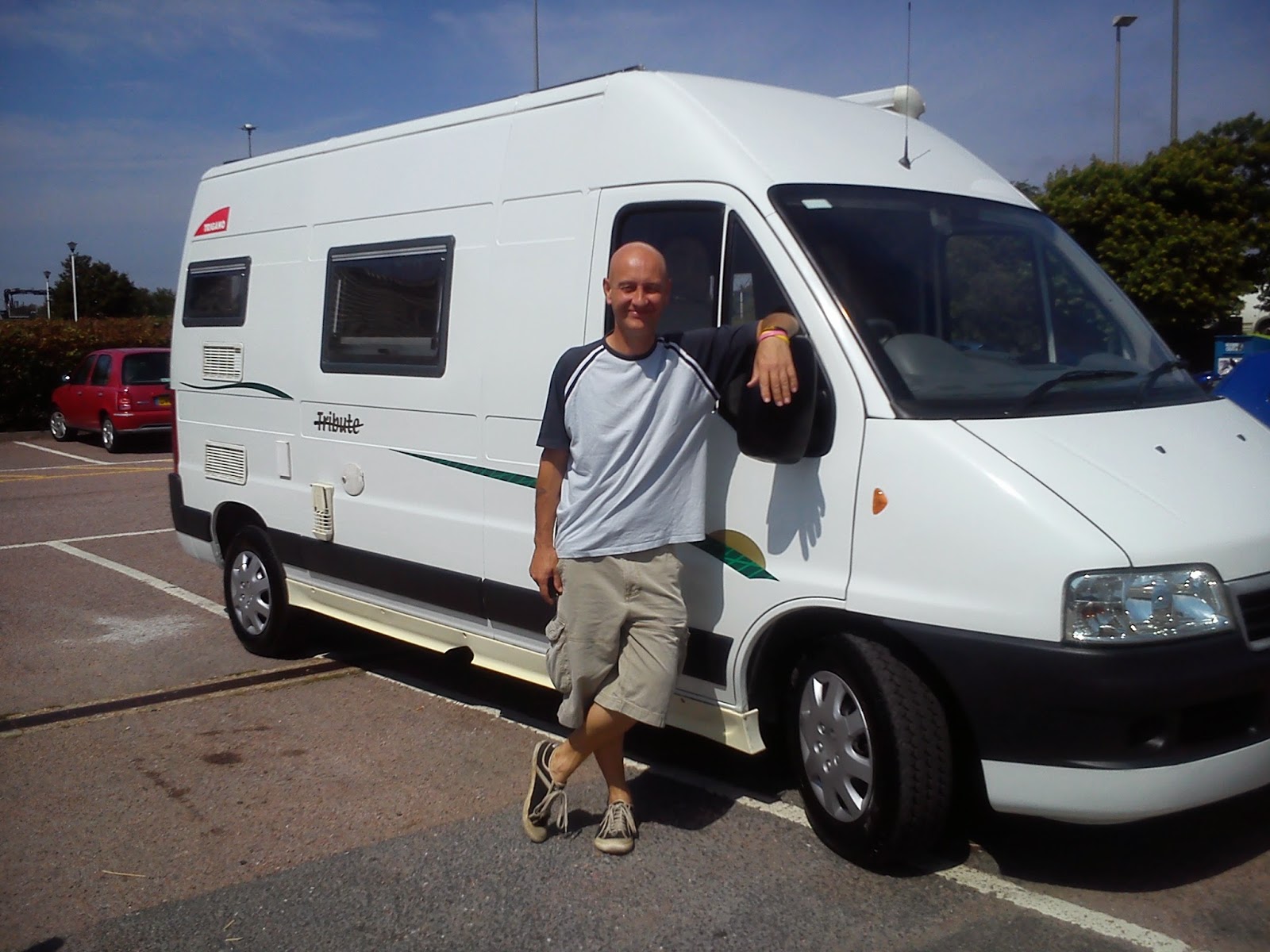 Nothing fancy, just enough room for me, Shaun & the dog, plus an occasional couple of extras with their camping equipment (Danni!)  We have our own kitchen and bathroom so not totally dependent on all singing and dancing campsites.   We've joined a motorhoming site called BritStops.   This enables us to travel around staying for 24 hours in various places including pubs, farms and vineyards.    We've done 3 trips already - the first was to a campsite in Lingfield for one night to test everything out 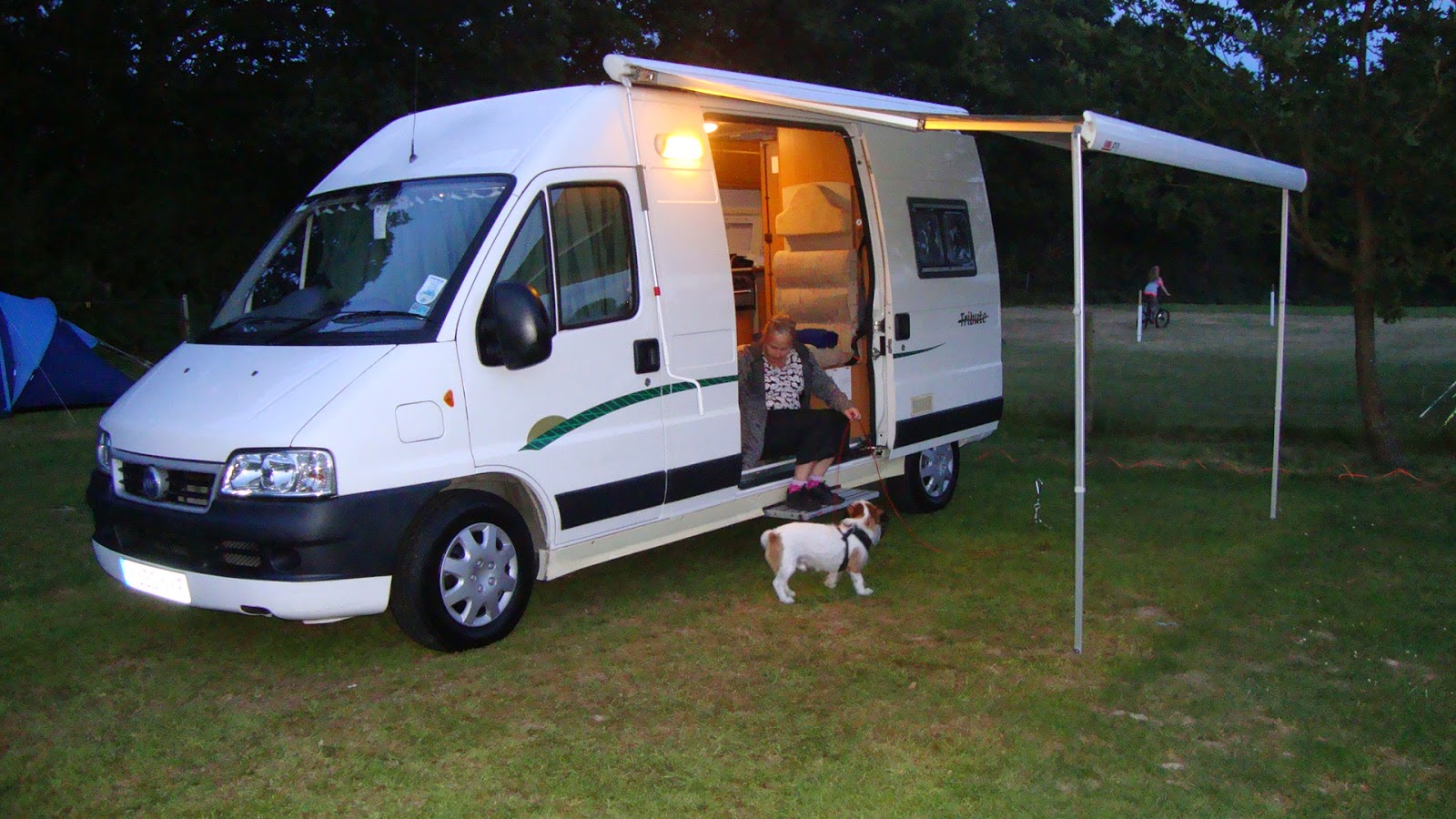 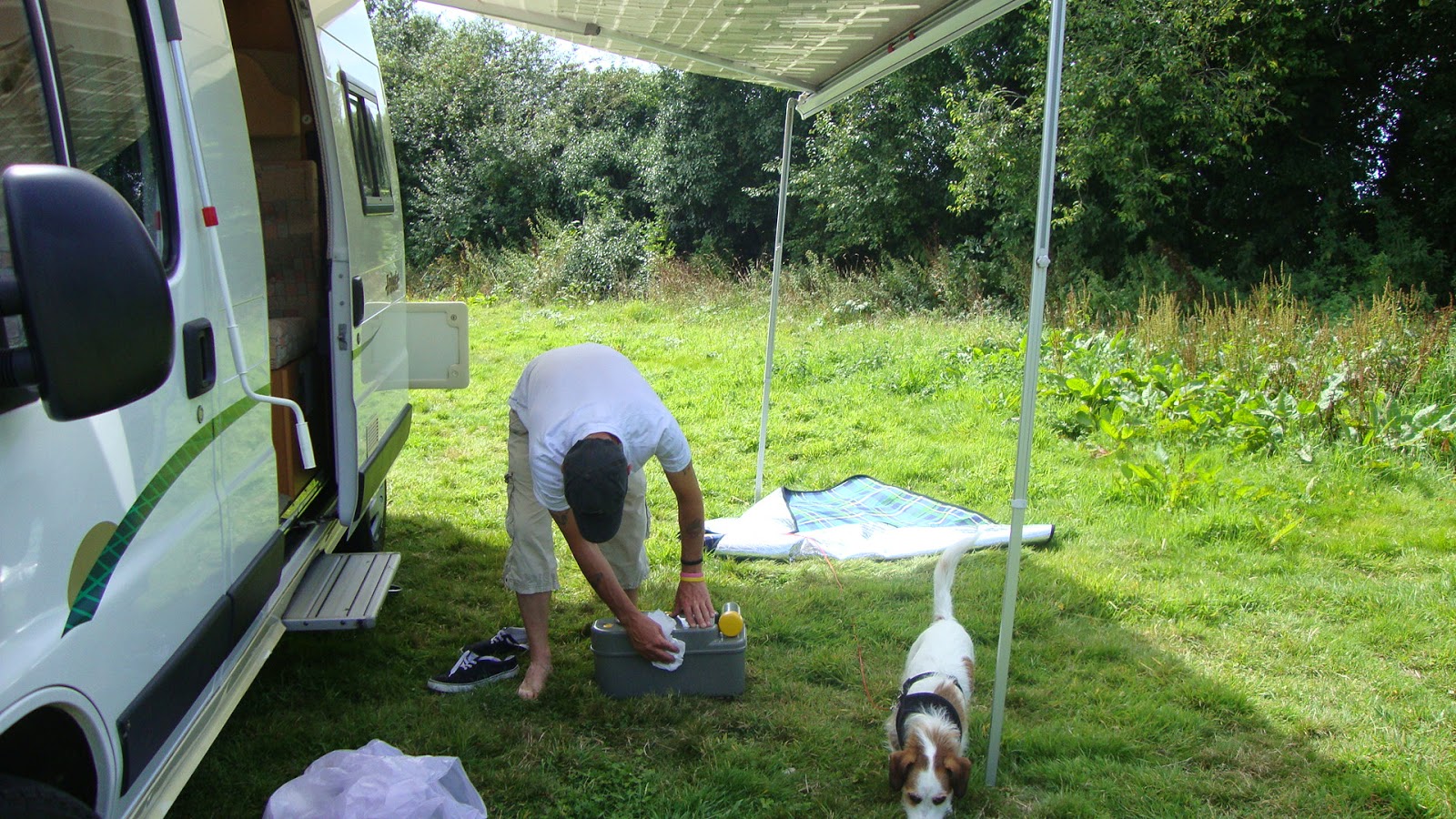 and the third was a BritStop weekend to the New Forest, staying at a cider farm 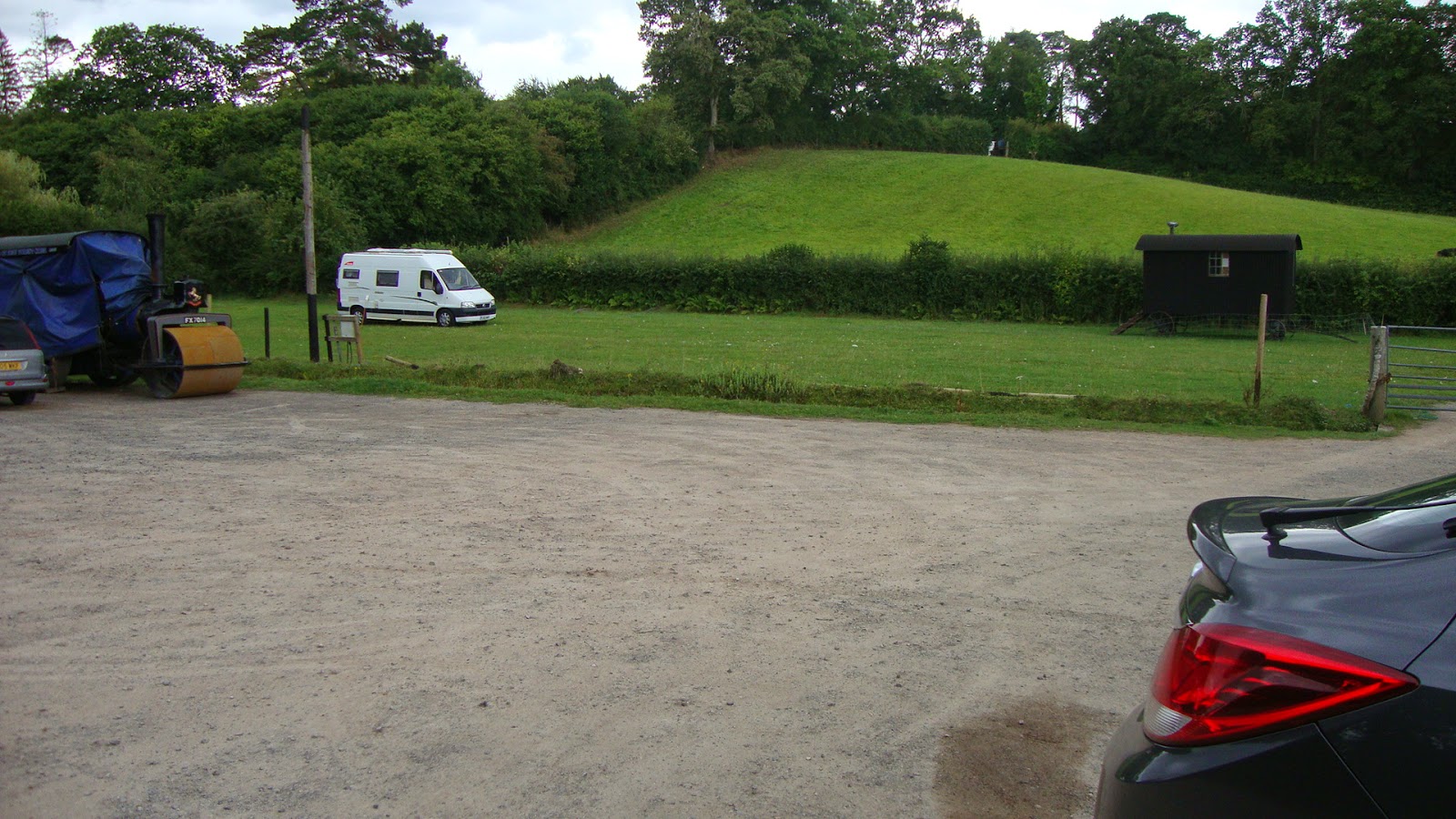 We've had a lot of fun so far and have lots of plans for the future - I think there may have to be a separate blog for Tribby's Travels - what do you think?