Color Run Brighton - The Happiest 5k in the World

It seems like ages ago since I signed me and Danni up for Color Run at Brighton - the time finally arrived to don our Tshirts and headbands, and head out the door dressed appropriately for the "happiest 5k in the world".   We bought white cycle shorts (which Danni later refused to wear), white pumps, shutter glasses and tutus to bling it all up a bit.  We later realised we hadn't blinged enough but that's noted for next year! 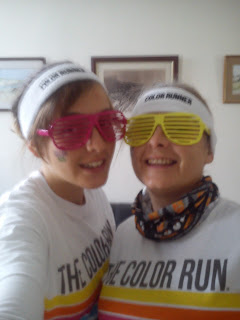 We met up with fellow Boshettes, Michelle & Nik and then walked down to the start area, meeting up with Sam and Hannah and Marie on the way. 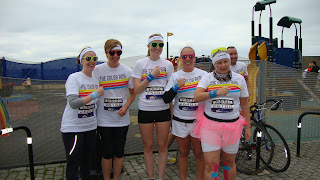 It was quite a trek to the other end of Madeira Drive - Volks Railway were offering free rides  down to the start - but we decided to walk!   The start area was a bit crazy so  we just slotted ourselves in - gave Shaun the bags to carry and the very important camera!

Ten minutes late starting, not sure how far back we were but I think we were in the second wave of 500.  Crossing the line walking felt a bit strange - I'm still banned from jogging/running but I'll save the injury update for another day!   We were headed towards the "pink" area but were smartly turned right up the slope towards Marine Drive, then back down to Madeira Drive - we were finally at the first color section - PINK !

The "colorists" were shouting drop & roll at us - no way I was doing that in the first one - I'd never get up again, I saved that for later!   Buff up to mouth & nose, glasses down & slowly walked through screaming liking a bunch of loons! 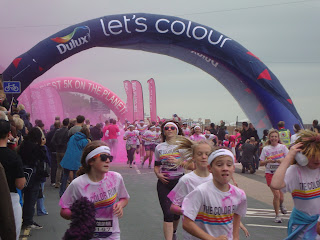 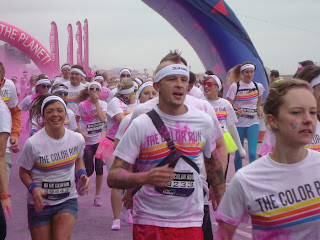 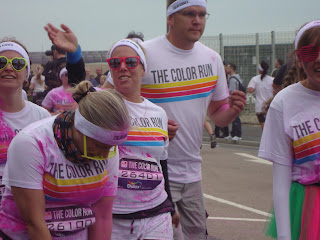 After PINK was PURPLE ! 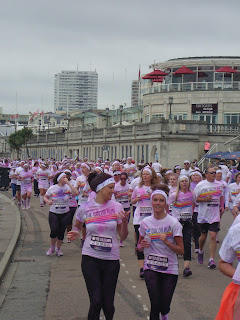 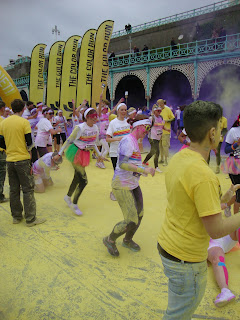 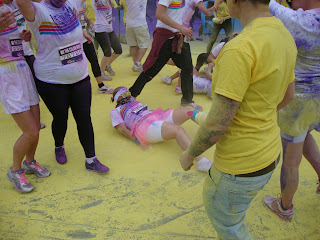 It ended up as paint angels, front and back - whilst trying not to get trodden on & bash my legs! 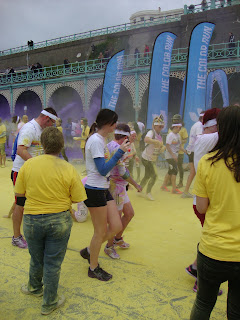 That was so much fun! 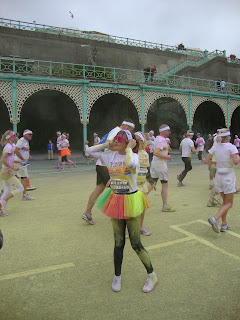 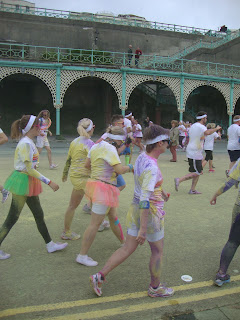 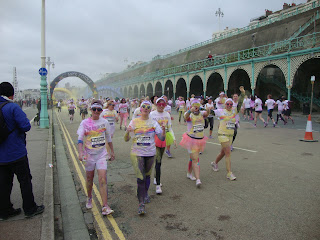 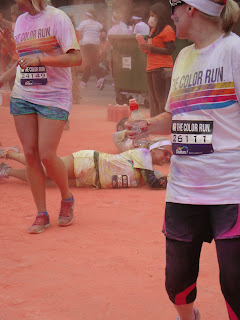 and Michelle was rolling around like there was no tomorrow - so glad Shaun caught this shot! Me?  I was shouting "Color me" at anyone holding a paint bottle! 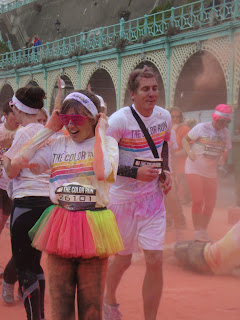 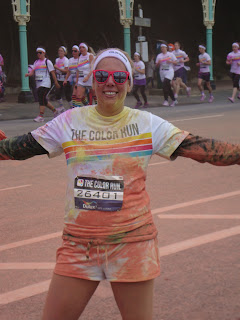 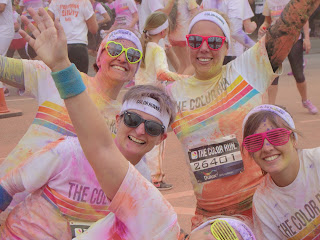 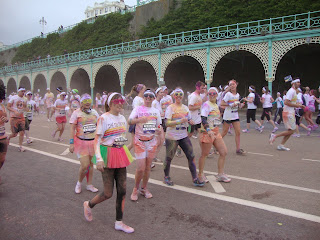 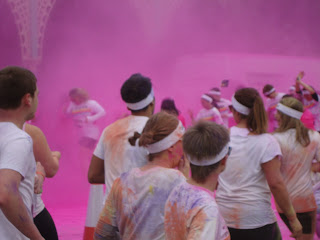 and to have some PINK envy on the way past - we really should have dived back in!  Lesson learned for next year. 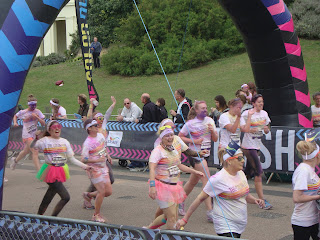 Back over the finish and yes we're all still laughing and smiling - Danni, Sam & Nik going for the sprint! 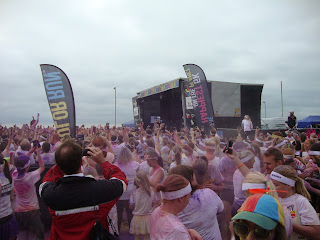 After the finish we made our way into the finish festival - basically every one standing around waiting for the 15 minute "paint trolls" which give the infamous paint cloud associated with Color Run. 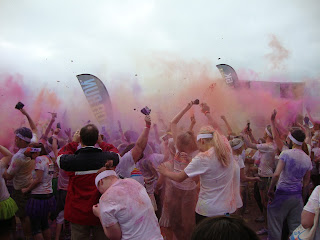 Another chance to get absolutely smothered - including any spectators! 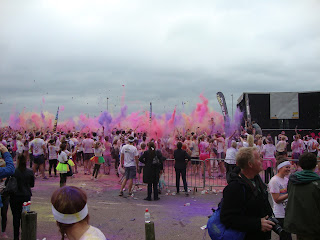 so that's it - the inaugural Brighton Color Run - DONE 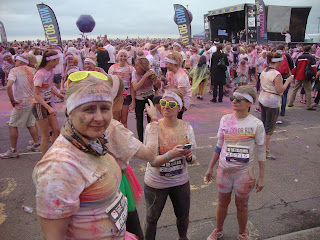 I honestly think everyone should take part in this race - it's for just about everyone - big, small, old, young, men, women, children, people in wheelchairs, on roller blades, scooters and even dogs!

The happiest 5k in the world - hell yeah.

Actually it's not 5k, it was a bit short but who cares - it's a fun run, time to go naked & not give a monkeys about PBs and pace.

Our only complaint, not much atmosphere apart from the start/finish and the color areas, it could do with some music of some description - a Samba band or DJ would be great.

Do it again - try stopping me!  Color Run should be on prescription to be taken daily !