The weekend just gone was always going to be a hectic one - Valentines Day, Danni heading off on her trip to Sweden, a massive tweetup/meal on Saturday and Brighton Half Mara supporting on Sunday.

I love Valentines Day - unfortunately this year's was ruined slightly by my gift from hubby having to be divulged a day early thanks to the phone call from UK Cycling Labs confirming our session this week.   I'm not sure whether I'm excited or dreading this but whatever happens, at least it will be a sweatfest, unless I cry like a big fat girl! Don't know exactly what we're doing either - not sure if it's an assessment or if we're cycling a route - only time will tell.

On Saturday morning we waved goodbye to 15 very excited girls on their trip to Kiruna, Sweden.

Lots of last minute lists of don't forgets and some "maybe I should pack...." Let's hope the fleecy blanket, which wasn't on the kitlist, will come in handy!   Things didn't start well, although getting on the party bus was one to behold - lots of screaming & squealing! 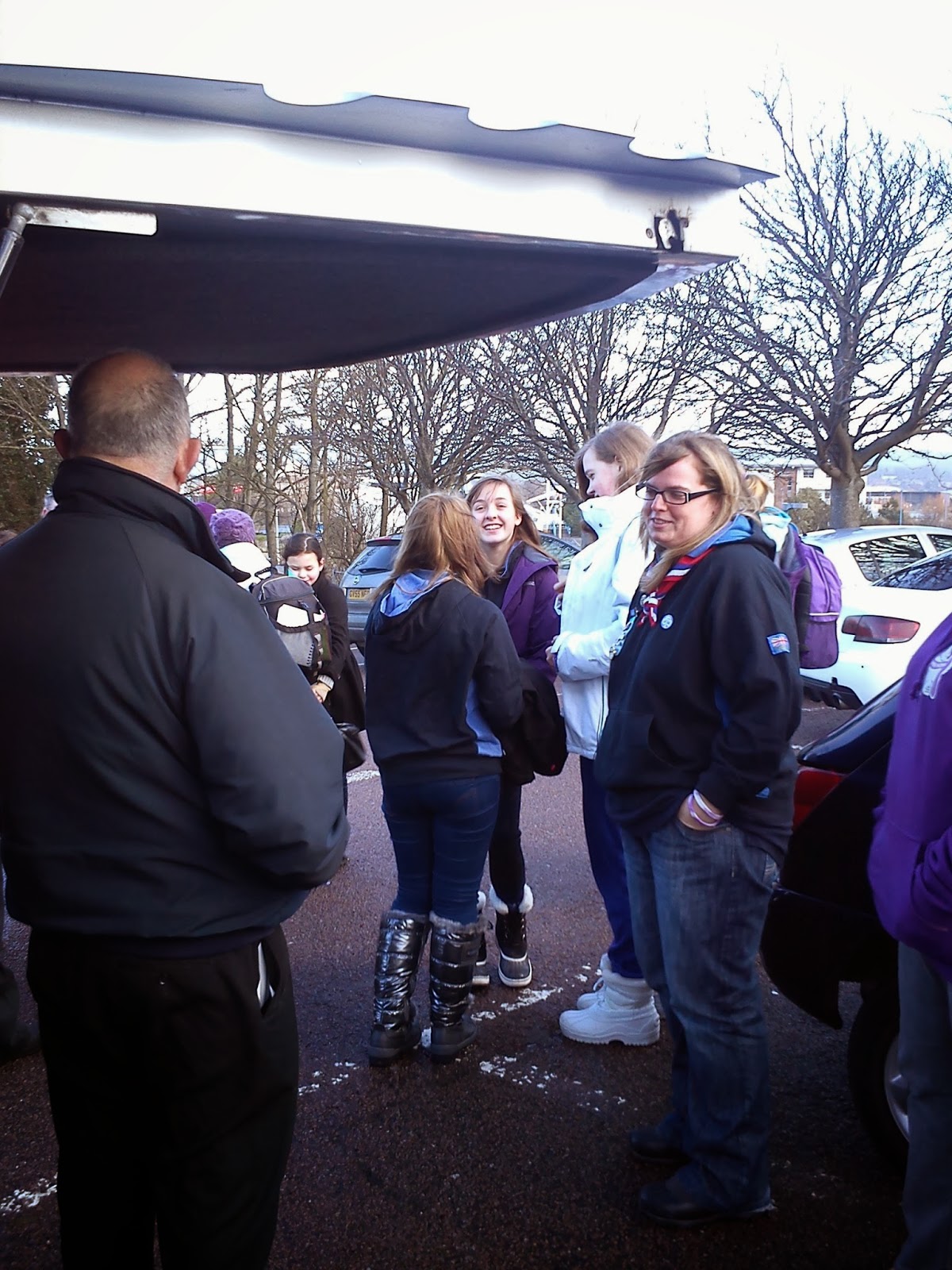 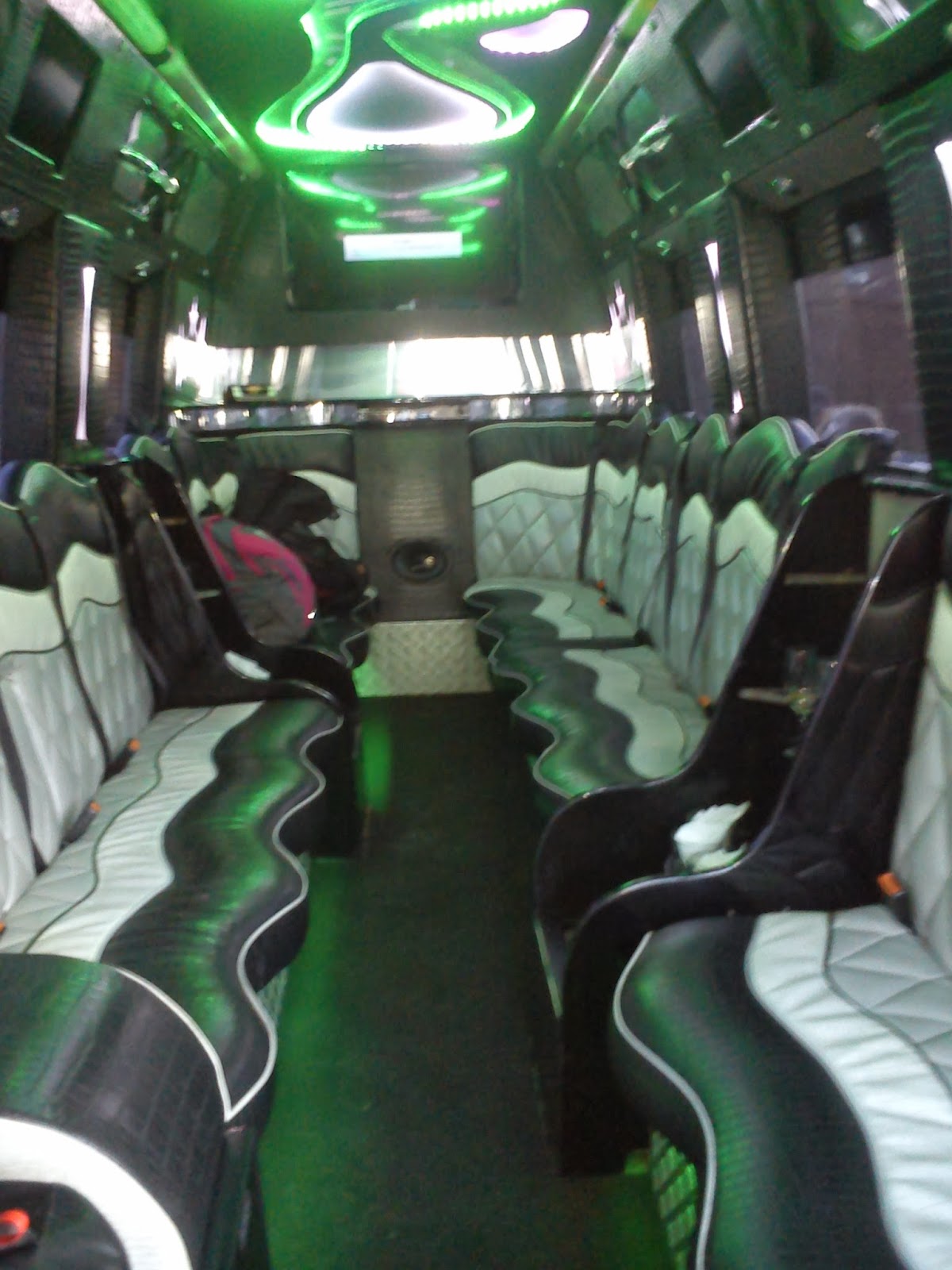 The flight from Heathrow to Stockholm was delayed by 2 hours and then when they got there the overnight sleeper train to Boden was running late.  All a bit of a worry when they only had a 15 minute window to catch their connection to Kiruna.   Anyway, we got up Sunday morning to find a picture of a snowy view from the train on the Facebook page, with a message to say they were now on time.   Later that day came the news that they had reached their lodge at Kiruna.   Tonight was the first contact we've had since Sunday - all arrived at the Ice Hotel, safe and well so at least I can stop worrying now!

Saturday night Shaun and I headed into Brighton to have dinner with Matt and a few other runners who were doing Brighton Half the next day.   Matt came up from Devon to run the South Coast Half Mara last summer, so it was great to catch up with him if only for a couple of hours.

I got up way too early on Sunday and headed off to catch the bus at 7.15 into Brighton.   I got off a couple of stops early so that I could walk down through the "Village" and take in some of the atmosphere.  It was as it is every year absolutely buzzing.  Managed to catch up with the sports therapists and physios at Studio 57 and wish Matt, who was running as the Running Morph in his all blue suit, good luck.   Managed to spot a couple of other people too from the previous nights tweet up - including Matt and Em, it was lovely to be able to give them a hug and wish them good luck.

The plan was to meet the Bosh runners and my parents at the Steve Ovett statue before they all headed off to their respective start pens.  I'd forgotten how far down the statue is, it's a flipping long walk!   Having hugged everyone and wished them good luck I rushed off to stand with mum and dad as our initial point was on the start, we actually couldn't see a thing as the sun was really bright, so just had to hope that everyone saw the Bosh hand and heard the vuvuzela. 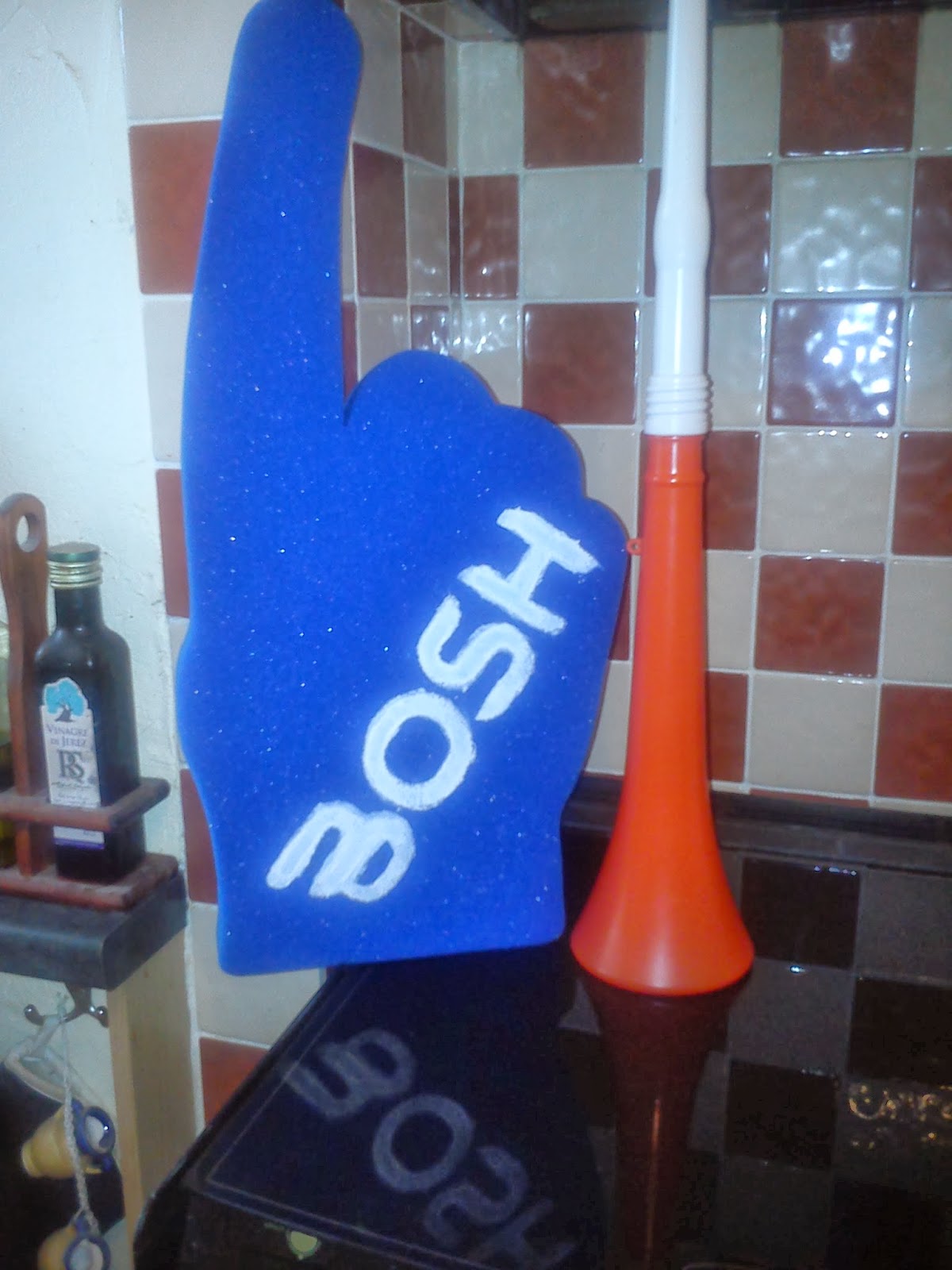 I did manage to catch a glimpse of an old school friend, John, who'd contacted me on Facebook a couple of weeks beforehand.   Once all the runners had gone through the start we nipped up to Marine Parade to watch them head out to Roedean and then come back again before they headed off up to Hove.  It was great (and very emotional) to see everyone coming back down the finishing straight - hopefully I will be back running soon, I'm missing it so much.

In the meantime, cycling training should be full steam ahead from now on.  I've entered the Southdown Sportive in May.   I'm fundraising for Brain & Spine Foundation in memory of Sam, a friend who died suddenly of a brain hemorrhage in January.   I don't normally add my justgiving page to my blog but this year is exceptional - if you have some spare pennies please visit the Team Sam Smiles page and make a donation There are also plans for a London to Brighton in September.  I'm just hoping that the Dawes can come off the turbo trainer soon, I need to get myself out on the country roads cycling properly now that Cathy has given me the OK to add some hillwork.

This week has been full of highs and lows - the worst of which was on Monday, but I think it was all the excitement from the weekend - but now I know my baby is safe and well I can start to relax - and carry on with the job of sorting her room out before she gets home!