Last year I took part in the South Coast Run at Seaford.   Because I'm a glutton for punishment I entered this year too, hoping that as it was a month earlier it actually wouldn't be as hot as last year's!

It all started earlier in the year when I shared a video of part of the route the event covers on Twitter.  A couple of Twitter followers immediately said what a lovely area to run.  My response - you can, come join me at the South Coast Run in July!   So that's how it started - a run with a massive tweet up over a weekend.

On Saturday Shaun had volunteered to marshal at the Tri event so got up early to get to the seafront to get into position.   I followed later after walking the dog.   When I got there he was in transition on the swim in and run out gate, all very confusing with people going in and out all at the same time!  It was brilliant to see the event from this angle - last year we spectated.   I'm definitely going to marshal next year, it looks great fun - and you get a lovely pair of sports sunglasses for all your hardwork!

In the meantime Matt, Dawn & Kiernan were making their way to Seaford to spend the Saturday night and Sunday with us.   We all met for dinner at a local chain pub and had a lovely evening with lots of chatting and laughing.

Sunday came all too quickly - a hot sticky day was forecast!  Quick breakfast of bran flakes and banana, a gel and lots of water and we were off to Seaford, picking Matt up on the way.   My parents and brother and girlfriend had also come down to cheer us on together with Kiernan's two aunts who live locally.   The race started at 9am on the dot and followed more or less the same pattern as last year.   The two fellas were running the Half and I was running the 10k; Dawn had come down to support. 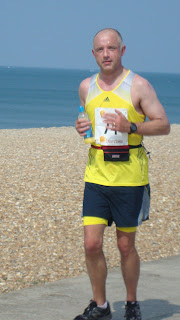 I kind of knew it wasn't going to be a good run, I've had terrible problems with my lower legs and cramp and I had prepared myself for a personal worst.

I finished in 1 hr 15 mins - not last by any means  - 3 other ladies came in after me and 2 men!   I'm pleased with how it went considering the heat although could have done with more vaseline on my feet - I've got some lovely blisters on the soles of my left foot! 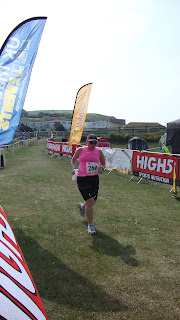 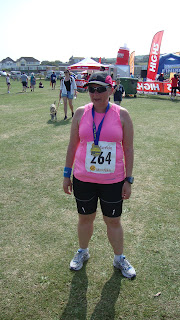 Matt and Kiernan did really well with their Halfs - Kiernan came in 30 something and Matt came in 63 out of 80 male runners.  Also got to meet fellow Bosher Richard Wilkins. 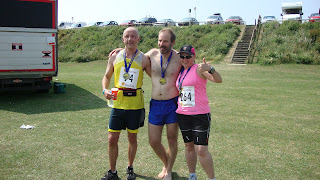 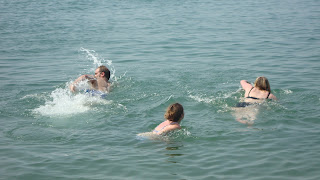 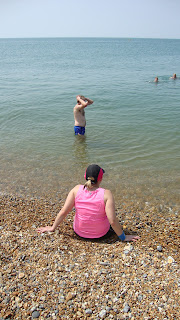 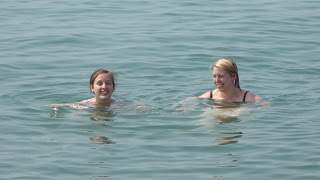 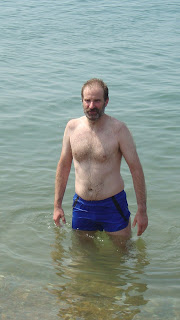 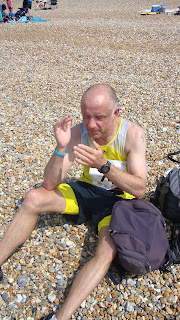 A quick dash home to shower (dropping Matt off at his hotel first) and then back to where Dawn had stayed overnight for some lunch and watch the tennis.  We didn't last long in the pub, we were all knackered - at 3 we left to go our respective ways.

It's been a great weekend and I hope we can all get together again soon!

Not sure what happens now, I've got my holiday to Tunisia on the 25th for a week and then back to training.  Danni and I have signed up for the Color Run 5k in September and I'm building up again to the Brooks Brighton 10k in November.  Hoping I can get some more races in between those, but I'm going back out on the trails for a while.